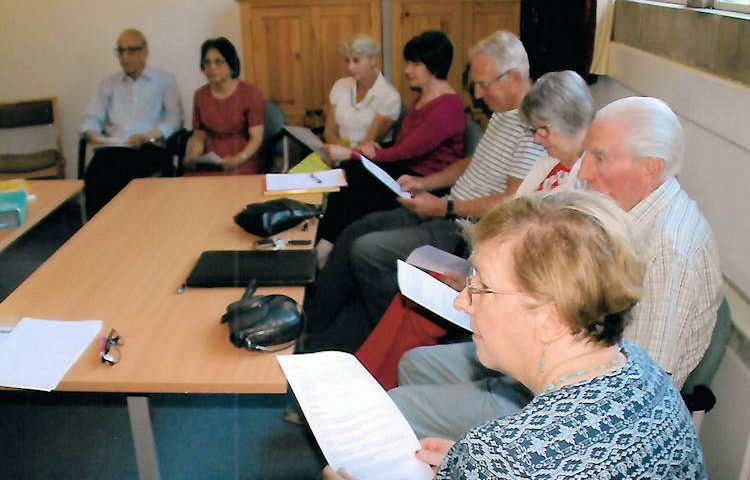 Latest news from across the Diocese of East Anglia includes a Bible study certificate presentation, an annual saint’s day celebration and a silver salver award.

Parishioners from St George’s, Norwich (pictured above), completed the 24 Study Sessions of Matthew: The King and His Kingdom, on June 25 agreeing that it was “a huge benefit, a revelation and inspiration”, reports Ray Sykes.

Before Fr Sean Connolly presented certificates to participants, there was a sharing of the benefits of the prayerful study followed by a prayer service that included an inspiring reflection by Fr Sean which highlighted that “the ignorance of scripture is an ignorance of Christ”.

Fr Sean congratulated all those who took part in the study in addition to Charles and Mary Carver who facilitated it, for faithfully persevering and benefiting from the course. He hoped that we would continue to study scripture and witness to Jesus in daily life by being his disciples and not just followers. 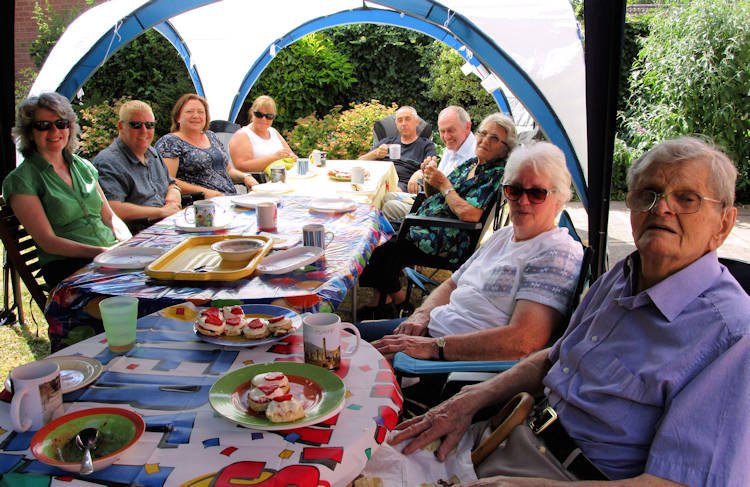 St Benedict’s Community in Sawtry Cambridgeshire held their annual saint’s day celebration on Sunday July 8 with a cream tea once again hosted in the back garden of Roy and Dorothy Dunn. The weather was very kind this year and donations were collected on the day towards the Sawtry Children’s Holiday Club which has been held every August since the year 2000.

At the July meeting of Norwich Circle of the Catenian Association held at the Maids Head Hotel, the Circle treasurer Francis Harmer was presented by its president Tony Baker with the Donny Strivens silver salver.

The salver was donated to the Circle by the late member Donny Strivens and was designed to encourage the Brothers of the Norwich Circle to pay visits to other Circle throughout the world. During the past year Francis led the field in making such visits.