Cathedral and Shrine to turn red to highlight persecution 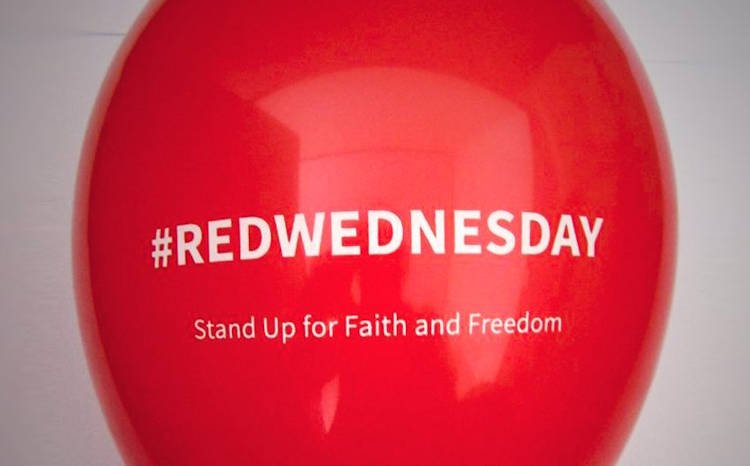 Latest news from across the Diocese of East Anglia include a Red Wednesday religious freedom campaign and a church response to a town's future vision.

Two major Catholic locations in Norfolk will turn red on Wednesday November 22 to help to highlight the importance of religious freedom and the persecution of Christians.

Organised nationally by Aid to the Church in Need, November 22, has been called Red Wednesday.

"Throughout the country churches and cathedralswill be lit up in red as a mark of respect to modern daymartyredChristians," said East Anglia Area Secretary Tamsyn Filby.

In Norwich, the Cathedral of St John the Baptistwill be lit up in red and Bishop Alan Hopes will celebrate a Mass for persecuted Christians. In addition, theCatholic National Shrine at Walsingham will also turn red.

A panel of church ministers in Wisbech will be giving their views on the regeneration and growth of the town in the Wisbech 2020 Vision on November 15.

Brian Keegan, the Diocese of East Anglia lead on Inter religious affairs said: "I am delighted at this latest initiative by the Wisbech Interfaith Forum. Many communities in the diocese willbe facing the same challenge of significant growth in their population to address the Government’s target of meeting the housing needs of the population.

"In the case of Wisbech this is likely to involve a significant number of people of different faiths and of none and we need to be addressing how we can grow towns for all the people and not create ghettos, whether of the well-heeled or of the poor. I am further heartened that members of the local Catholic parish are playing their part in the evolution of this dream.”

Wisbech 2020 ' A Faith Perspective has been organised by the Wisbech Interfaith Forum to mark National Interfaith Week and will include a panel of church ministers who are new to the town. It will be held at the United Reformed Church, Castle Mews from 7pm on November 15.