Clare Priory youth ‘swim against the tide’ with charity stall

What happens when we hear God speaking in Scripture

Alive in Faith winter newsletter is out now

Clare Priory youth ‘swim against the tide’ with charity stall 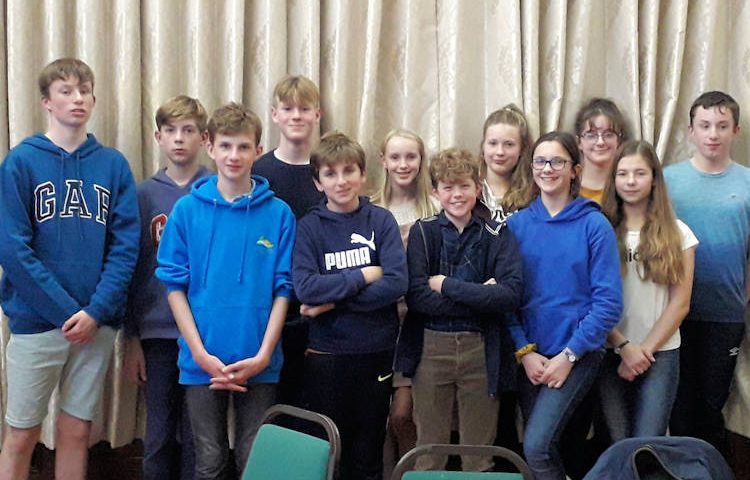 Twelve young people from Clare Priory parish responded to the Pope’s call to care for the poor as they prepared for confirmation next year. Jane Crone reports.

Inspired by Pope Francis’s 2013 call, ‘Be revolutionaries, swim against the tide,’ they used their enthusiasm, creativity and joy to raise money for others after Mass on Sunday November 17, World Day of the Poor.

Their stall was full of homemade gifts, including Christmas cards, decorations and delicious biscuits and cakes. Frances Massey, parish catechist said, “It is heartening to see these young people so engaged in their faith, and so keen to support and help others.”

The stall raised a total of £150 and the youngsters chose to split the money between two organisations each well known in the parish.

One is the Priory’s twinned Augustinian parish of Babadogo in Kenya. A letter from a young girl in the community in Babadogo was recently read out during Sunday Masses. She expressed her thanks for the financial support she had received from Clare Priory parish, which enabled her to go to school.

The other organisation is CAFOD. The young people had been moved by the Harvest Fast Day appeal in October, focusing on a boy of their own age, Fabiano from Uganda. Two of them delighted the parish by reading the Harvest Appeal during Mass.

The picture above shows the confirmation group at Clare Priory