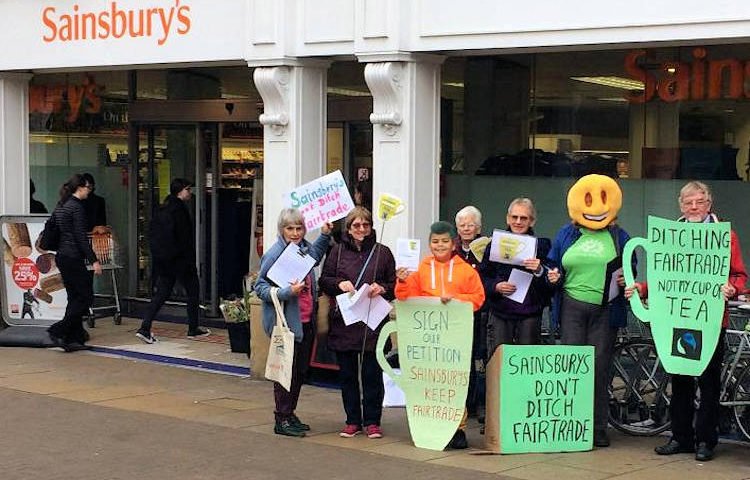 Latest news in brief from across the Diocese of East Anglia includes a fair trade protest in Cambridge, an academic custom at the UEA and an entertaining after-dinner speaker.

A group of activists for trade justice in Cambridge coordinated by CAFOD(pictured above) held a demonstration outside Sainsbury's in Sidney Street on October 28. Passers-by were encouraged to take a leaflet explaining that Sainsbury's have dropped the Fairtrade Mark from their own-brand tea and replaced it with their own "Fairly Traded" label instead and invited to sign a petition protesting this. Petitions were handed in to the shop manager.

One of the protestors, Mary Watkins, CAFOD contact for St Laurence’s parish, said: "The Fair trade Mark is the most widely recognised and trusted independent ethical label in the world and has proved it can make a difference to the lives of millions of farmers and workers in developing countries.

"Sainsbury's self-run "Fairly Traded" scheme is not the same. It wasn't set up independently and is completely controlled by Sainsbury's. Most importantly it takes control away from farmers who have told Sainsbury's they want to stick with the Fairtrade Mark system." 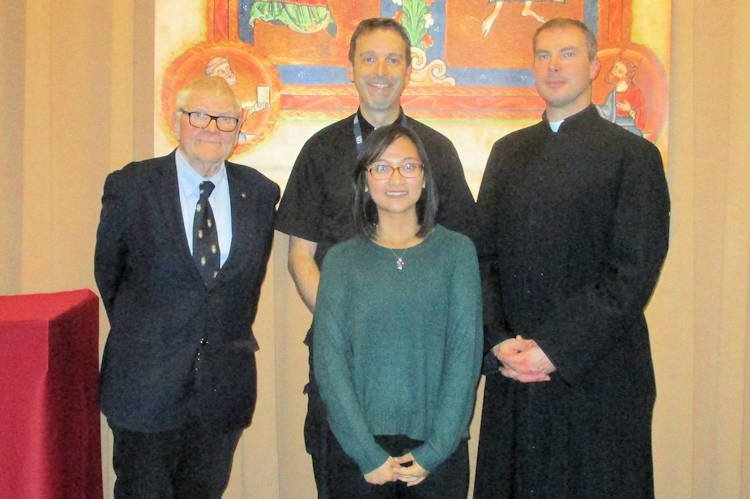 Catholic students at the University of East Anglia were fed and watered by the Norwich Catenians after the evening Mass on October 22 following in a 54-year-old tradition.

It has been the custom since the UEA was founded in 1963 for Norwich Circle oftheCatenianAssociationto attendthe evening Mass celebrated in the University’smulti-faith chapel on the last Sunday of October and afterwardsprovidestudents with food and drink.

The highlight of the October meeting of Norwich Circle of the Catenian Associationheld in The Refectory of the Great Hospital, Norwich was a fascinating talk by the Circle’sDinner secretary JohnMoseleyon the subject ofphilately and cigarette card collection, hobbies which were, as John described, “endemic” in the boys ofhis generation during the immediate post-wargeneration.

The talk generated many questions from the 30-strong audienceand finished with loud applause led by the Circle’s president, John Kenny.

The speaker at the November meeting will be Rev DeaconAndrew Eburne, chaplain to the University of East Anglia who will talk about ‘Catechists’