A day of celebrations for Cambourne Catholics

Alive in Faith summer newsletter is out now 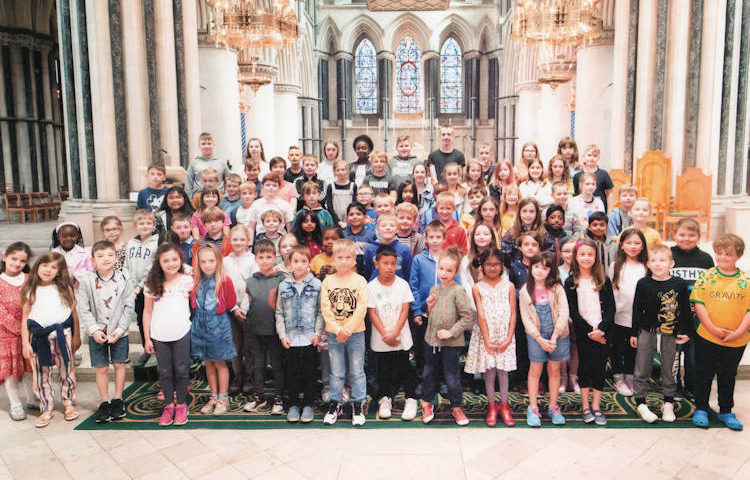 Latest news from across the Diocese of East Anglia includes bumper First Communions, an 800th anniversary of the Sultan and St Francis meeting and a plea to remember FEPOWs.

Who says the church is not growing as a bumper group of children received their First Holy Communion and others were confirmed at St John the Baptist Cathedral, Norwich.

Recently 94 children received their First Holy Communion at St John’s while another 47 young people were confirmed on Pentecost Sunday.

Catechist Jo Graham said: “For First Holy Communion, this represented a 44% increase in numbers for the cathedral compared to previous years. So a big thank-you to our parishioners, parents and catechists across both programmes who have supported our young people throughout the last year from putting out tables and chairs, cutting fruit for snacks, delivering the lessons and supporting them in prayer.

“Registrations for next year’s programme has started and is available on-line from the Cathedral website and will close on August 31.  So please do get your children’s registrations in early as it helps us to plan for the year.  I am looking forward to meeting you in September as we start a new journey in faith with our children and young people.”

On August 15, the 75th anniversary of VJ (Victory over Japan) Day will be celebrated.  It was the day when prisoners of war all over Asia (FEPOWs) were finally free after three and a half terrible years as prisoners of the Japanese reports Avril Rickarby from OLSS, Lowestoft.

One survivor, Fr Malcolm Cowin, made good his vow to build a Living Memorial to all those who died in captivity in 1952.  The church of Our Lady and St Thomas of Canterbury at Wymondham is that Memorial.  An annual service held in May each year keeps alive the memory of these heroes who, “For your tomorrow we gave our today” (Kohima Epitaph)

To find out more visit: www.wymondhamrcchurch.org.uk/fepow 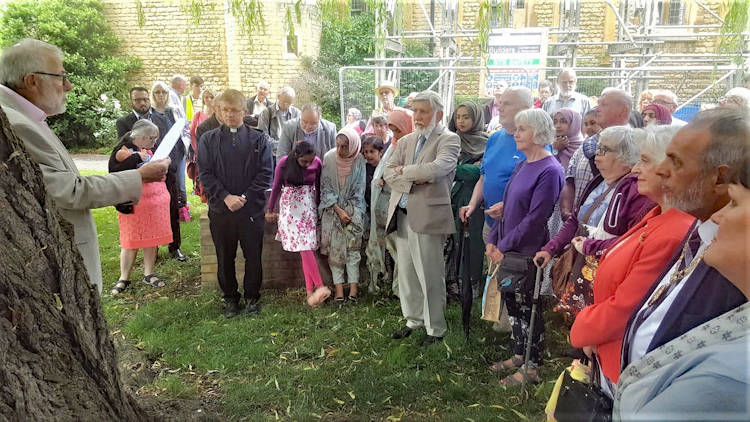 Around 100 Peterborough citizens from all faiths and none celebrated the 800th Anniversary of the famous meeting between St Francis and the Sultan Al Kamir that happened in the middle of the 5th Crusade, on Sunday July 14. The film “The Sultan and the Saint” was shown in the John Clare Theatre and a lively and helpful debate followed on how to maintain and enhance peace and harmony in Peterborough, led by Brother Sam of the Franciscans and Mr Choudhary of the Medina Mosque. The whole event was supported by Peterborough Inter Faith Council, Churches Together in Central Peterborough Medina Mosque and Near Neighbours.

A joint pilgrimage of the faiths, joined by the Mayor and Mayoress, followed the showing of the film to All Souls Catholic church where the Canticle of the Creatures by St Francis was read by Brian Keegan of All Souls (pictured above).

The pilgrimage then went to Park Road Baptist Church for the first course of a ‘safari’ meal where they were joined by The High Sheriff of Cambridgeshire as well as The Mayor and Mayoress. This encouraged Muslims and Christians to mingle and have good dialogue.

Following this course of the meal the joint pilgrimage continued to the Medina Mosque for dessert, coffee and tea.

“It was a stimulating and engaging event which has aided understanding and harmony,” said Brian.