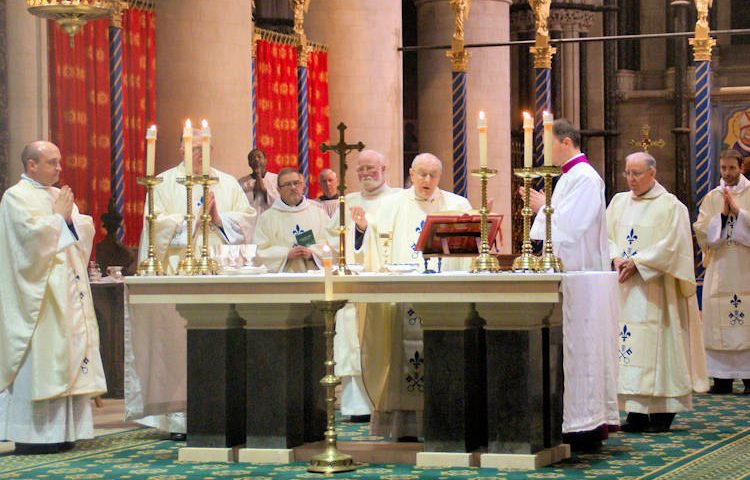 Station Masses are being held in the seven Deaneries across the Diocese of East Anglia, all celebrated by Bishop Alan Hopes, as part of the regular pattern of Lent devotions in the church, reports Fr Andrew Eburne.

The tradition of the Station Mass goes right back to the time of Pope Gregory, who used to make a pilgrimage to 40 churches in Rome during Lent, accompanied by pilgrims who would join him in a rite of penitence.

Station Masses are therefore a wonderful opportunity to go to Confession.  The season of Lent is itself a gift that helps us turn back to the Lord ‘with all our hearts’; and that journey of turning back is most fruitful when it incorporates the Sacrament of Confession.  Especially for people who haven’t been to Confession for some time, this can be a time of real healing and a deepening of their spiritual life.

Each Deanery will hold its own Station Mass, and each Mass begins with Exposition of the Blessed Sacrament and Confession at 6pm, followed by the Station Mass at 7pm and refreshments afterwards.  At each Mass the Sacrament of Confession will be available not just before the Mass, but throughout the entire evening

The full list of Station Masses is now as follows, with a couple of alterations from earlier published venues:

Cambridge Deanery – Our Lady and the English Martyrs – April 9

Pictured above is a previous Lenten Mass at St John’s Cathedral in Norwich.