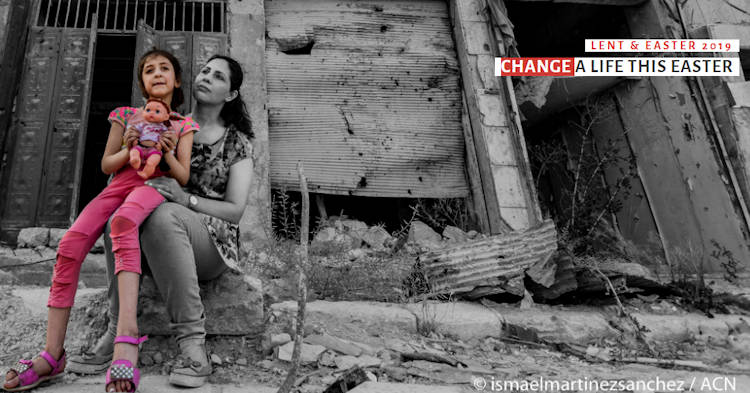 Latest news from across the Diocese of East Anglia includes a diocesan Lenten appeal and a talk about a Norwich charity working with the vulnerable.

Lenten alms will be collected throughout Lent for the diocesan appointed charities Aid to the Church in Need (Syria and Iraq) and the Cambridge Nazareth Trust.

“Your donations and prayers are a bridge, reminding these struggling Christian communities that they are not alone and offering solidarity. Your support gives them hope, the greatest of gifts.

“The funds raised will be used to provide training for the teachers in the forty one schools of the Latin Patriarchate of Jerusalem.”

ACN reports that in Iraq Daesh tried to eliminate Chrisitianity in areas under their control, including by destroying churches and forced conversion. Central government legislation prompted fears Christian children could be forced to renounce faith.

In Syria, horrific accounts of genocidal atrocities by Daesh during this period have emerged. A disproportionately high number of Christians fled Syria – up to half the Christian population.

Donations can be made via parishes across the Diocese throughout Lent or the above website links.

The work of Christian charity Norfolk Street Partnership with the vulnerable on the late-night streets of Norwich is the subject for a talk hosted by the Norwich Justice and Peace group at St John’s Cathedral.

NSP chair, John Pinnington, former head of Notre Dame High School, will be the main speaker accompanied by prayer pastor Irene Moore. They will talk about the work of the charity which provides a calming presence on the late-night streets of Norwich’s clubland on Saturday nights.

Refreshments will be available from 7pm at the Cathedral Narthex (NR2 2PA), with what promises to be a thought provoking and interesting talk starting at 7.30pm on April 4.