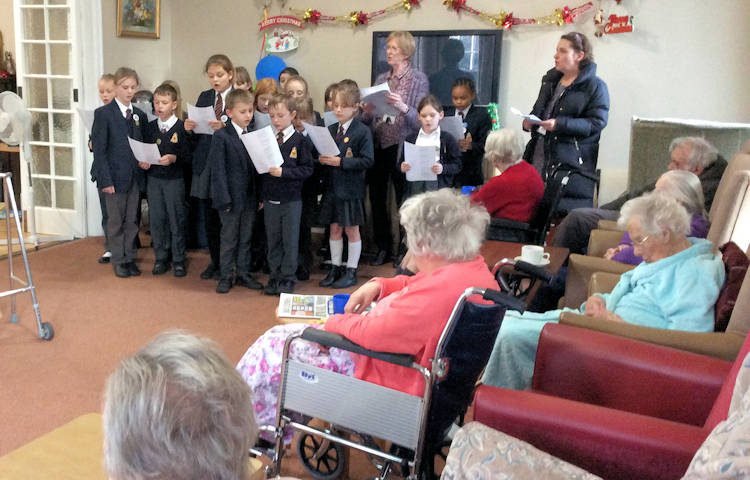 Latest news from across the Diocese of East Anglia includes Minnie Vinnies bringing festive cheer in Beccles, Santa visiting a ship in Felixstowe and an entertaining dinner in Norwich.

The Minnie Vinnie group from St Benet’s Primary School recently visited the local care home in Beccles to sing carols, bring gifts and talk to the people living there.

They had previously raised money through a bring and buy toy sale at school and from this decided themselves how they wanted to spend the money to cheer up the residents. They chose little glittery Christmas trees, baskets of Christmas flowers, special cordials and CDs of Christmas songs to give as gifts to the people of the home.

The carols were sung beautifully and were all well received by everyone, who joyfully sang along to Jingle Bells and We Wish You a Merry Christmas. Some residents even had an impromptu sing-song in their rooms courtesy of the children.

It was such a success that they eagerly suggested to the staff at the home that they come back throughout the year to read to the residents, play games or just generally chat to them about their lives.

Mrs Sam Barlow (Head of School) and Mrs Mills (Class Teacher) said “We couldn’t have been more proud of their dedication, empathy and willingness to give to others. They certainly represented the Minnie Vinnie’s philosophy superbly and the ethos of our Catholic school.” 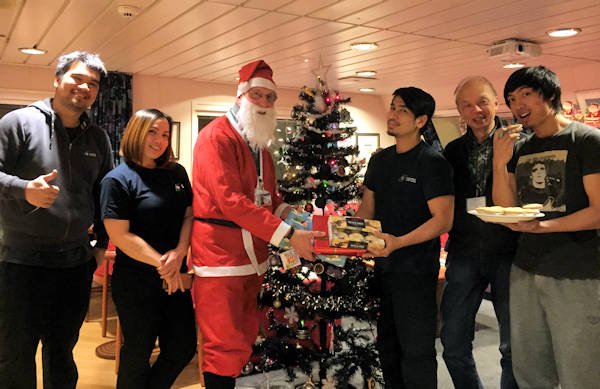 Mince pies and festive cheer was given to Filipino seafarers on a ship berthed in Felixstowe by two Catholic volunteer ship visitors.

Julian said: “We were able to present them with boxes of mince pies, chocolates and biscuits. Many seafarers will be spending time away from their families and friends and will be sorely missed over the festive period. So David and I thought it would be wonderful if we could visit some of them and David dressed up as Santa. God bless all seafarers and their families at this time.” 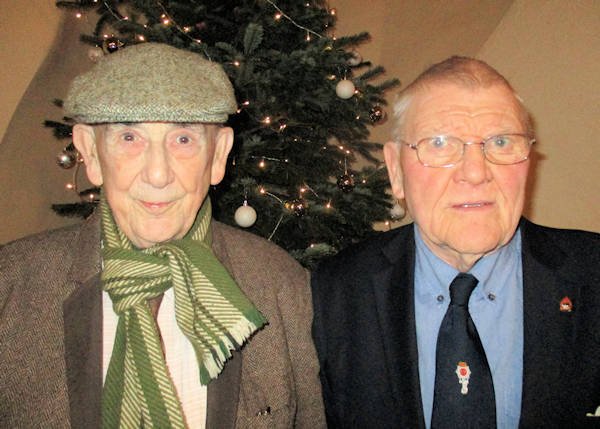 The after-dinner entertainment at the December meeting of Norwich Circle ofthe Catenian Association held in the Refectory of the Great Hospital was provided by long-time member, David McWeeny who, suitably attired, rendered a flawless recital in Stanley Holloway style of the monologue Alberts Carols.

David, who holds the OBE in connection with his work as director of the Food Sciences Laboratory in Colney Lane, was warmly thanked for his performance by Circle President John Kenny who expressed the hope that eventually every member of the Circle would provide some similar kind of postprandial amusement.Pictured are David McWeeny (left) and John Kenny.