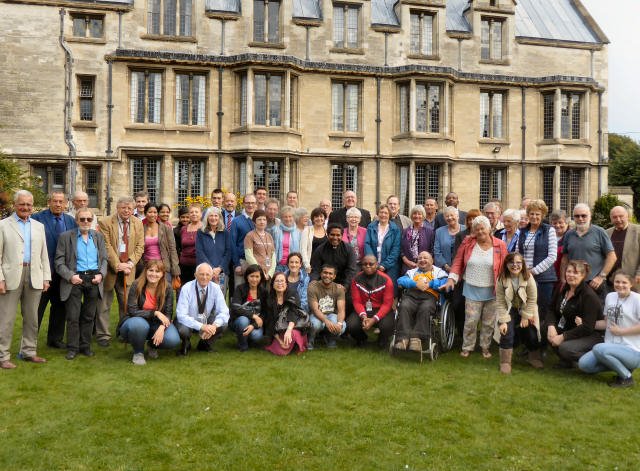 During the four days, visitors were able to see displays of the works of Henry Fitzalan Howard 15th Duke of Norfolk who was a prolific benefactor and builder of churches in England, including St John's in Norwich and Arundel cathedral. 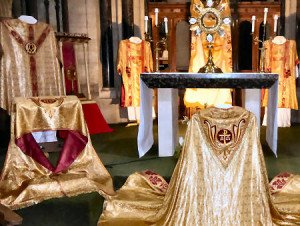 Vestments on display at the cathedral.

Many visitors also took the opportunity to join the cathedral's Hidden Places tour, viewing places not open to the public, ranging from some of the upper reaches of the Cathedral and down to the lower depths. There was also the chance to climb the cathedral tower and enjoy views from the highest vantage point overlooking Norwich, with views as far as the coast.

There was also the opportunity to meet local stonemasons and watch demonstrations of their work, hear a talk on the architectural and engineering aspects of the building and browse through the 5,000 books in the Duckett Library.

One of the event organisers, David Simcock, said: "It was the biggest-ever response to the annual Heritage weekend and we had almost 3,000 visitors ' the largest number of non-worshipping visitors we get during the year ' and 1,000 people enjoyed the views from the tower."

Pictured above, the dozens of volunteers who helped make the Heritage days such a success at St John's.