Opportunity to listen again to speeches of Benedict XVI 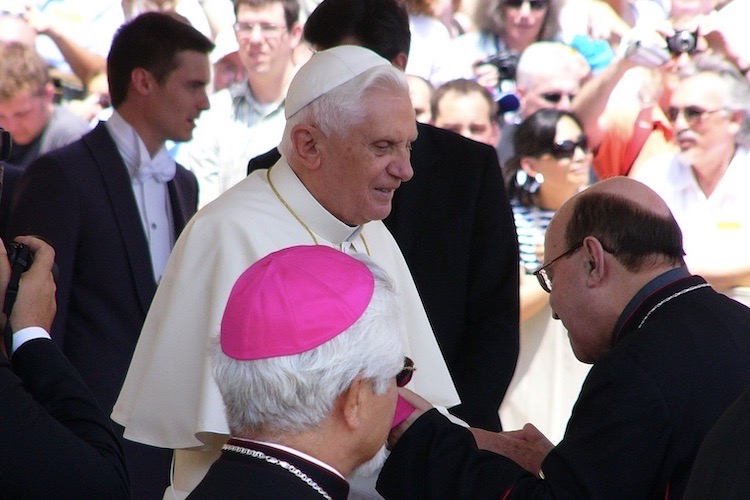 Ten years after the Papal Visit of Pope Benedict to the UK, the Catholic Bishops’ Conference will play the podcasts of the major speeches on their anniversary dates at the same time as they happened.

Pope Benedict’s arrival, welcome and speech to Her Majesty the Queen will play at 11.40 on 16th September. His dialogue with Chief Rabbi Jonathan Sacks and Dr Khaled Assam plays on the 17th September at 11.30. On that same day, his historic appearance at Westminster Hall with the collected Heads of State plays at 17.30, followed by Evensong in Westminster Abbey with the Archbishop of Canterbury.

His address to the people of Wales takes place on the 18th September and the Beatification of John Henry Newman on the final day of the visit, the 19th September. Previously unseen photos of the Papal Visit will also be released.

A total of 23 encounters will be available on:

Full SoundCloud playlist where the tracks will appear on a ‘real time plus ten years’ basis:

Pictured above is Pope Benedict XVI. Image by Wengen from Pixabay