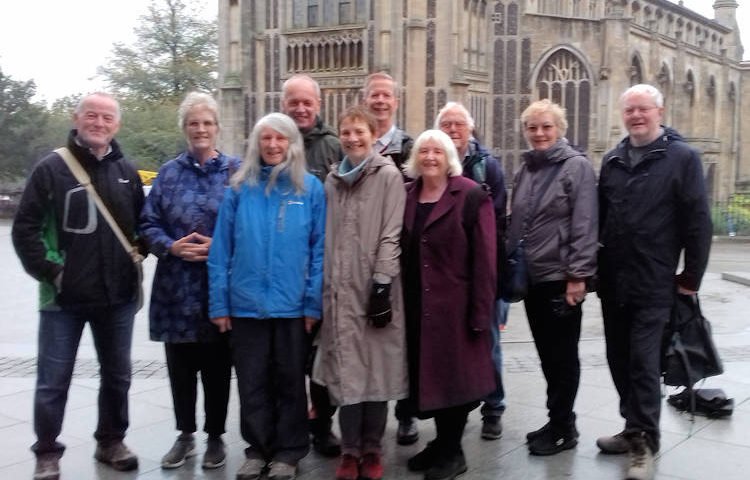 Latest news from across the Diocese of East Anglia includes a Norwich walking group, remembrance commemorations and a university Mass.

Members of St John’s Cathedral Walking Group (pictured above) recently enjoyed a tour of Norwich “Nooks and Crannies,” a selection of some of the City’s “quirky” sites of historic interest. It finished at St Peter Mancroft Church followed by a pizza in the Norwich Forum.

John McLean said: “The Group consists of members of St John’s and friends and meets once a month for walks around the city or further afield in Norfolk; we have completed stretches of the Marriott’s Way and the Norfolk Coastal Path this year. In its various expeditions, the Group has clocked up 500 miles in the past few months towards Cafod’s Walk the World campaign.”

New members who value “living simply,” and are looking for some gentle exercise, an enjoyment of the fresh air and appreciation of the Norfolk countryside while meeting other walkers, are welcome. For information contact John on 01603 456176 or on jmclean44@aol.com 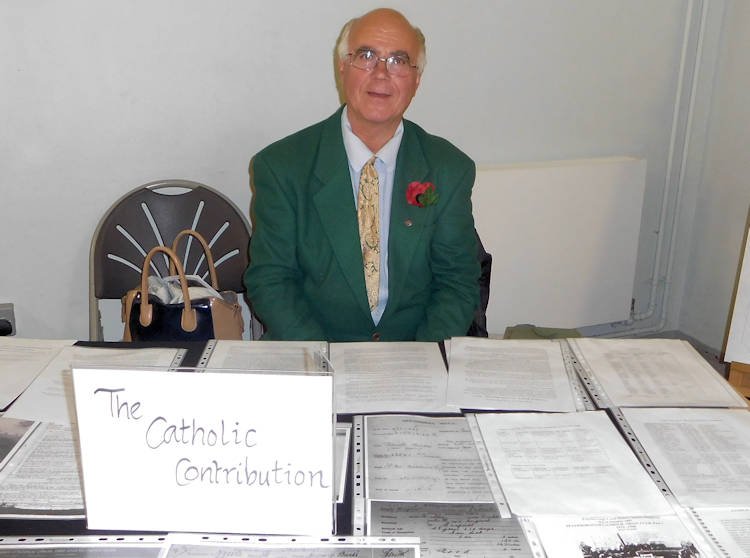 Catholics, Muslims, Hindus and Sikhs were among those who took part in a commemoration of the contribution of faith communities to the armed forces at Peterborough Museum on November 1.

The event marked the role of men and women across all communities in armed forces past and present to reflect on loss, remembrance, war and peace through individual stories and was held to mark the centenary of the end of the Great War in November 1918.

Peter Waszak (pictured right), Hon Archivist at St Peter and All Souls Church, provided a display which included The Catholic Contribution: Patrick Burke the ‘Lonely Hibernian’ a wounded soldier who died in Peterborough in October 1916 in which the Catholics and others raised funds for a memorial. Also the 14 young men from All Souls who were ‘Fallen but not Forgotten,’ and support for the Belgian refugees who arrived in the city.  Display boards also referred to the origins of the post Second World War Polish and Lithuanian communities in Peterborough. 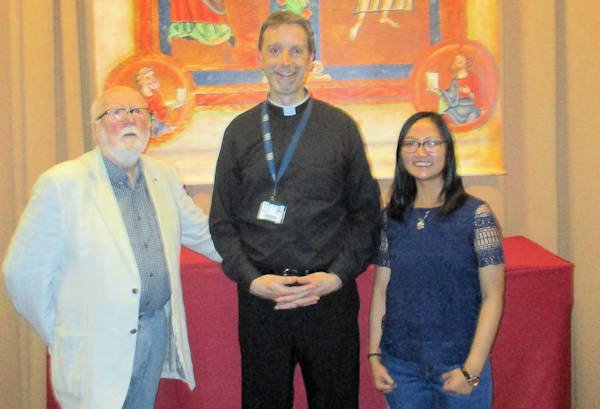 Members of Norwich Circle of the Catenian Association attended 6pm Mass at the UEA Chapel on Sunday October 28 following in a 50-year tradition and afterwards entertained the students with food and drink.

A contingent of Catenians, led by Circle President Tony Baker, attended the Mass which was celebrated by recently ordained priest Fr Andrew Eburne, who delivered a very interesting homily on the subject of Confession.

President of UEA Catholic Society, Lara Dela Cruz, organised the students’ attendance in a packed congregation at the Mass. During the post Mass supper Tony outlined the work of Catenians in the areas of supporting charities and provision of bursaries to students travelling abroad to carry out unpaid teaching posts etc.