The Tribunal comprises a team of experienced and qualified canon lawyers whose job is the promotion of matters of justice.  It is also concerned with the investigation and judgment of marriage cases for nullity.

The Judicial Vicar of the Diocese is Fr. Simon Blakesley (currently the Parish Priest of Newmarket) who was ordained in 1990 and qualified with a Licentiate (Masters Degree) in Canon Law from the University of St. Paul in Ottawa in 1991 since when he has been working for two days a week in the Marriage Tribunal. 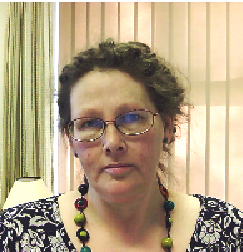 The Tribunal Administrator is Mrs. Sharon Ellis.  “Having experienced the nullity process myself some years ago, I understand how daunting and difficult it can be to revisit sensitive memories.  I have since been married for over twenty years and have subsequently seen my three children grow into adulthood.”

We have a team of Associate Judges and two of these are assigned to each case and, with the Judicial Vicar, will reach a decision at a Tribunal Hearing.

There are Defenders of the Bond one of whom will examine each case to check that all the rights of both parties have been upheld, and review all of the evidence that has been gathered to see whether the presumption of validity can reasonably be challenged.

An Advocate may be appointed for either party and is someone who is skilled in matrimonial Canon Law, to make the best argument possible for that party.

Lay auditors gather witness evidence on our behalf.  They are mature Catholic parishioners who are professional people who may have taken early retirement and have the necessary inter-personal skills to conduct interviews.

Very occasionally we will seek the opinion of an expert (either a psychiatrist or clinical psychologist).  This can take the form of a report on the evidence alone, or, where a petitioner or respondent is willing, also on an interview with them.