A diamond wedding after catching the wrong bus

Our future must be sustainable bishops tell G7

A diamond wedding after catching the wrong bus 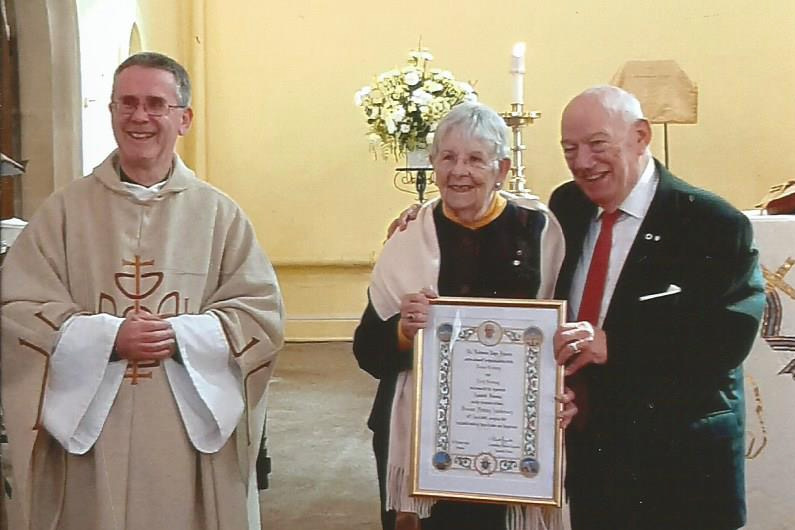 Fr David Finegan from St Etheldreda in Ely presented Rodger and Terry Germany with a papal blessing on their diamond wedding anniversary.

The occasion had been delayed by the retirement of the Papal Nuncio and took place on the 61st anniversary of their wedding day. The Queen had also sent a card, but as she had gone into lockdown in Windsor, and her staff were furloughed, it didn’t arrive until September. It was still gratefully received.

“My big blessing,” writes Rodger, “is that in 1957 an aunt left me some money and I decided to take a holiday, that June, in Ireland, being interested in Irish history. A pin in a map took me to Co Wicklow, where I stayed in a guesthouse, which is now part of the Ardmore Film Studios.

“On a visit to Dublin I took the wrong bus from Busaras and finished up walking over Bray Head to Greystones, where I met Terry in a cafe. She was on her summer job after five years studying, in Gaelic, at the St Louis Convent Monaghan. I persuaded her to apply for a job at Cambridge University where she got a position in Applied Maths in West Road.

“We were engaged within two months and married in Our Lady and the English Martyrs, on Easter Monday 1960. During the wedding I was received into the Church and made my first communion.”

The couple were blessed with two daughters, Gráinne who was born in March 1961, and Annemarie, born in January 1963. They have four grandchildren – Brendan, Siobhan, Ellis and Samantha – and one great-grandson, Oscar, who was born in February last year. The family are all living close by, within a ten-mile radius, and can now be visited with ease.

The couple had a hard time during Rodger’s several redundancies, and Terry took several jobs whilst he got back onto his feet. Last June Rodger was given just 72 hours to live due to sepsis but, with all the prayers in Ely, Devon, Co Wicklow and America, made a successful recovery. He writes historical articles for an Irish magazine.

Terry spends her spare time, when there is some, making jam and marmalade, crocheting, and sharing the gardening.

“The secret,” say the couple, “is hard work, understanding each other, and prayers.”