First Communions at Our Lady in Stowmarket

Ipswich school is first in East Anglia to get eco award 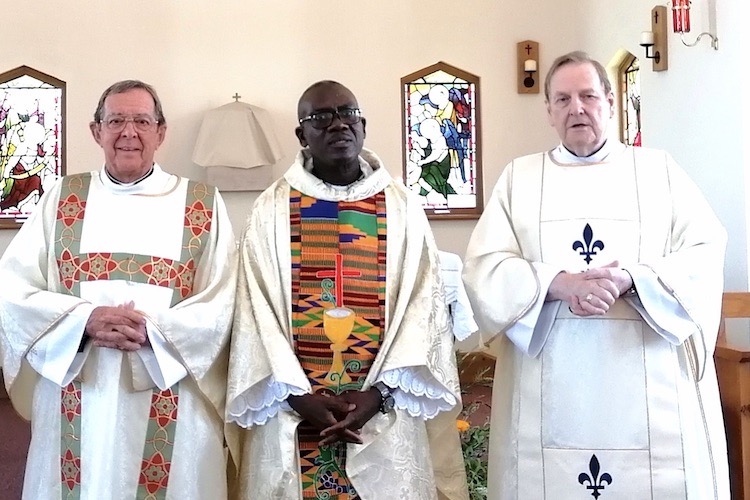 Latest news from the Diocese of East Anglia includes anniversaries of clergy in Diss and a pilgrimage to the Shine of Our Lady of Grace.

The parishioners of St Henry Morse in Thetford have celebrated in style a remarkable weekend marking ordination anniversaries.

Fr Alex Anaman , along with several members of his family, celebrated his birthday along with the 30th anniversary of his priestly ordination. That same weekend, Deacon David Croucher celebrated 18 years of his diaconal ordination, whilst Deacon Patrick Limacher reached 17 years.

That represents 65 years of service to the Lord and His people. A series of gazebos seated 90 guests and after a thanksgiving Mass was celebrated by Fr Alex with the two deacons assisting a wonderful BBQ was served.

The annual pilgrimage to the Shrine of Our Lady of Grace of Ipswich will be taking place on Sunday September 4 starting at 3pm from St Peter’s Church on the Quay, IP4 1BF. The pilgrimage will travel via Lady Lane (the original site of the Shrine), ending at the Shrine in St Mary-at-the-Elms Church. The route is only one mile and the events is due to end at 4pm.

All are welcome at this annual Ecumenical event, which is called Unity through Grace. The pilgrimage route was planned by Cardinal Wolsey and reinstated in 1978 by the Guild of Our Lady of Grace. It is now in its 45th year. The Shrine was once second in England only to Walsingham.