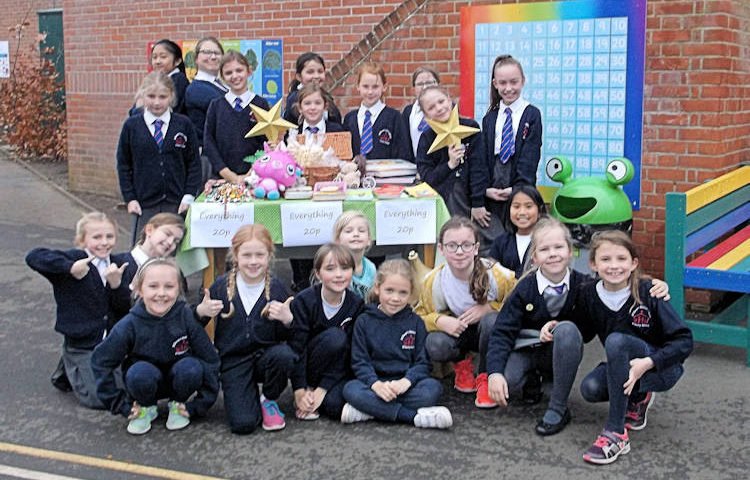 Pupils at two Diocese of East Anglia schools have been busy with charity activities, a visit from the Ignite team and a maths competition win.

The Mini Vinnies' group at St Joseph's Primary School, Sudbury(pictured above), is now well-established since its formation last September. The group has been active packing harvest food, running a charity day for the homeless, where all activities and bric-a-brac the children collected was 20p and they raised £127.80. They also visited the local care home to give the residents cards they had made.

Other children at St Joseph's collected toiletries for the local Foodbank because they felt that the people using it over Christmas would like to feel pampered and special.

A visit from the Ignite team was enjoyed with an energetic and uplifting liturgy at the end of the day.

Packed houses for Christmas productions and carol services were enjoyed as was a visit from Coco the therapy dog to calm everyone down just before the end of term. 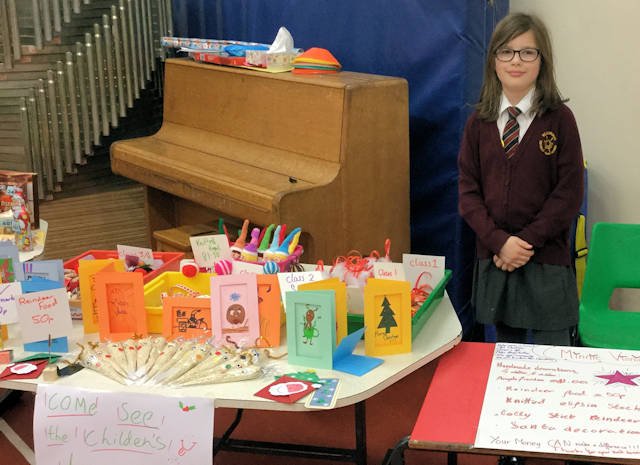 In January, St Joseph's was proud of its maths representatives, Olivia and Darcy, who came first in the maths competition, organised by St Benedict’s School involving all the Catholic schools in the area.

They challenged pupils to start collecting one and two pence pieces in jars for the different school houses and raised £35.30.

They also set up a stall at the school Christmas fayre and the breakfast club created Christmas cards, bookmarks and other Christmas-themed items which proved very popular. A parent also donated some knitted elves in hats. The Mini Vinnie stall raised £82.60 from the hand-made crafts.