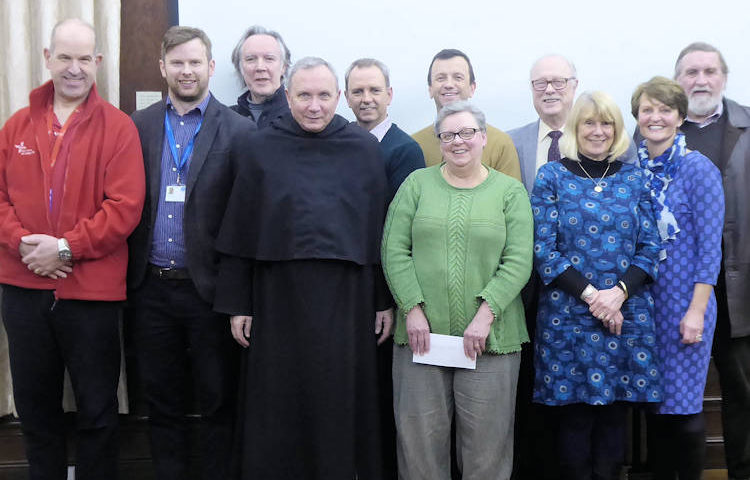 Over £10,000 had been presented to a host of charities following the successful Clare Priory Craft Fair in Suffolk last summer, with another one to follow this July.

Since 1993, Grade 1 listed Clare Priory has been hosting a Craft Fair on the second full weekend in July. This has grown steadily to become a very popular event, and now receives around 10,000 visitors over the two days.

One of the organisers, Steven Cubitt, said: “Exhibitors and visitors alike greatly appreciate the unique atmosphere and setting of the Priory, and many have become familiar friends as they return year after year.

“All proceeds go to charity, and the organisers and helpers are all unpaid volunteers who give their time freely and generously. Thanks to the generosity of exhibitors, visitors and helpers at the 2018 Clare Priory Craft Fair we were able to distribute over £10,000 to a number of charities and good causes.”

The money was presented to representatives of most of the organisations gathered at Clare Priory on Friday February 1.

The 2019 Craft Fair will take place on July 13/14 https://www.clarepriory.org.uk/CraftFair/entrance.php

Pictured above are representatives of charities who have benefited from the Clare Priory Craft Fair with Prior Fr Stefan Park (front centre).