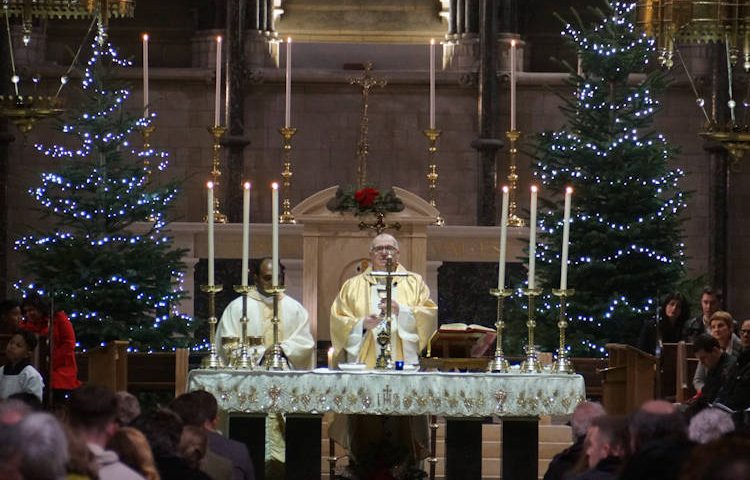 Latest news from across the Diocese of East Anglia includes a Christmas Family Mass, church restoration work and a diocesan medal.

The Cathedral of St John the Baptist in Norwich was packed for the Vigil Mass of Christmas on December 24 for a Family Mass celebrated by Canon David Paul.

Children performed a short nativity play in front of the altar and then were led by Fr Paul to gather around the crib in the sunken chapel adjacent to the nave. Fr David spoke to them and led the singing of Away in a Manager.

Click here or see below for a full picture gallery. Pictures by Keith Morris. 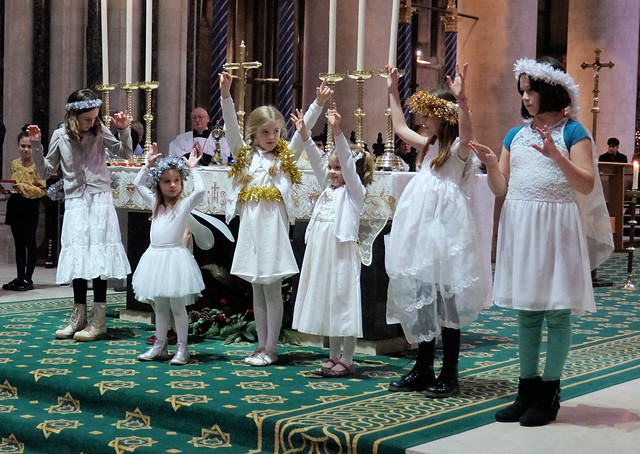 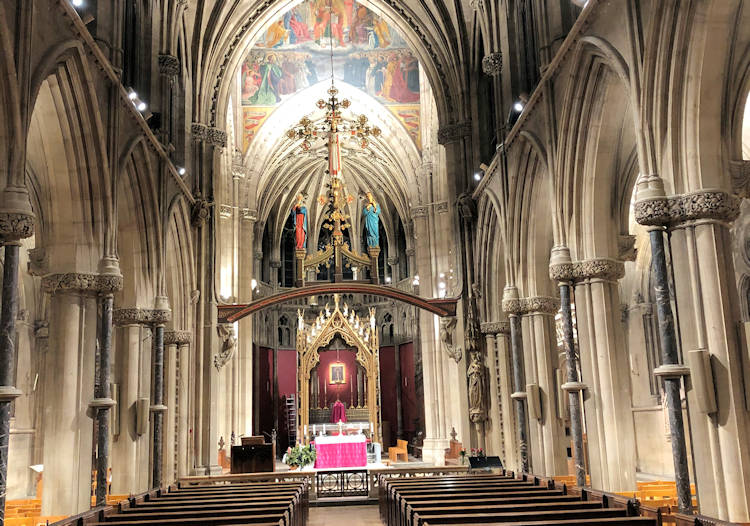 For the past three months a massive renewal of the lighting system has been taking place at Our Lady of The Assumption and The English Martyrs, Cambridge.

Alongside this there has been an updating of the sound system, the restoration of the organ and the cleaning and restoration of a painting entitled “Christ in Glory” by Nathaniel Hubert John Westlake (1833-1925) which, because of poor lighting and age-old grime has been virtually hidden from sight until now.

It has brought a real sense of wonder and awe to this already magnificent building says Mgr Eugène Canon Harkness. 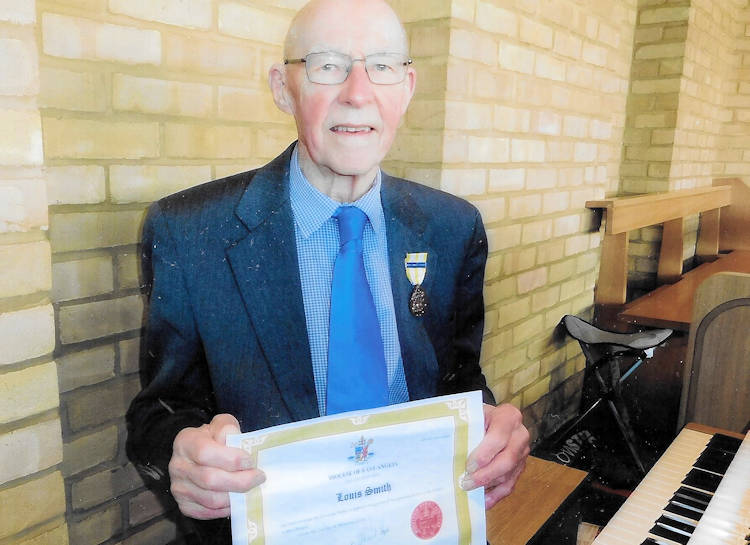 The parishioners of Our Lady’s in King’s Lynn have offered their heartfelt congratulations to organist Louis Smith (pictured right) who has been awarded a Diocesan Medal for his devoted and accomplished contribution to the music of the liturgy for over 40 years.

Now in his eighties, Lou feels the time has come to listen rather than to lead. Pauline McSherry said: “Thank you and again thank you to Louis Smith, our organist and our friend, God bless you – now you have more time to crack the weekend crossword.”

Louis was given his Medal on December 9 at the Feast of the Immaculate Conception. A day specially celebrated at Holy Family by members of the SVP Society.