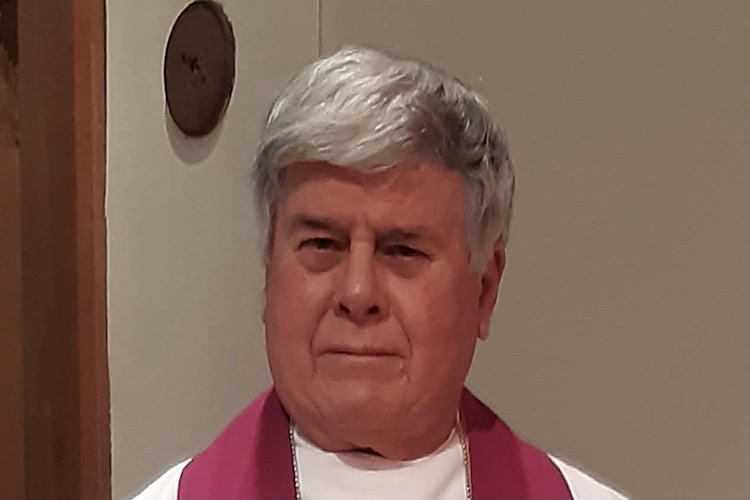 Fr Peter Brown has celebrated his golden jubilee with a Mass at the church of Our Lady, Star of the Sea, Wells-next-the-Sea. Judith Franks reports.

The event took place on March 6 and was attended by a socially distanced church-full of parishioners from the Walsingham group, though the merry, post-Mass get-together for which they are renowned had to be put back till later. He wore the same chasuble as for his Ordination 50 years earlier.

Father Peter, just 83, has lived in Wells since his retirement from active ministry in 2008. He still celebrates weekly around the group, from Burnham Market to Blakeney and Walsingham. During the week, he enjoys the bracing seaside air on his regular walks to the sea, around Holkham Park or in the picturesque alleys of Wells, checking his Fitbit for the distance covered and those all-important steps.

Born near Haverhill just before the war, Fr Peter converted to Catholicism after his National Service in the RAF. He trained for the priesthood at Campion House and Oscott College and was ordained by Bishop Grant on March 7, 1971 in Farnham in the presence of a congregation of 600 and around 30 other clergy. According to a contemporary newspaper, a fair number are reputed to have welcomed him with soccer-style hugs, the kind exchanged by exuberant players when a goal has been scored.

After short spells at Farnham, Corby, OLEM, St George’s Norwich, Kings Lynn and Downham Market, Fr Peter spent 14 years in Wymondham from 1984 to 1998, where he is still remembered with great respect and affection, in many cases, by two or three generations of the same family. They are hoping to welcome him back for their Jubilee Celebration when conditions allow. By the time of his 10-year incumbency in Cromer (1998-2008), he had been Chancellor to all four Bishops of East Anglia.

We wish him many more years of happy, healthy retirement.

Pictured above is Fr Peter Brown. Image from just before the Celebration Mass in March