How to…Pray with the Bible 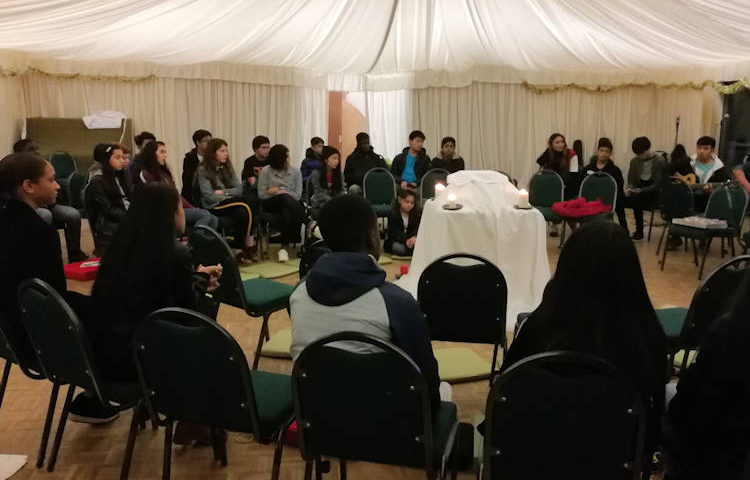 The Ignite Team and members of the Ignite Lite Team ran a day-long Glow Day retreat at St John the Baptist Cathedral in Norwich on November 24. Jessica McCall reports.

About 30 young people attended the day, held in the Narthex, which started off with ice breakers to give young people a chance to get to know each other.

Youth for Christ Norwich led praise and worship, introducing new worship songs as well as ones that are already favourites amongst those who attended.

Ignite Team leader Catherine Williams gave a talk on discipleship and how young people can become disciples, which was followed by discussion questions in small groups on the theme of discipleship.

In the afternoon, three different workshops covered prayer including rosary making, prayer through popular secular music and an opportunity to ask questions anonymously about being a Catholic.

The justice and peace group ran an activity to help refugees by filling up rucksacks with items that many refugees are in need of to make their lives easier. Items donated included toiletries like tooth brushes and tooth pastes, flannels and brushes as well as kitchen supplies such as tin openers, rubber gloves and dust pan and brushes.

After the rucksack filling activity, Fr Luke, Chaplain to the Ignite Team, spoke about using the Bible and then led a time of Adoration, during which the Sacrament of Reconciliation was available. The day ended with Benediction.

If you would like a glow day to be put on in your area for a group of parishes please get in touch with the Ignite Team via email: igniteteam@rcdea.org.uk

Pictured above is a time of Adoration during the Glow retreat day in Norwich.