Jude is fourth seminarian to be ordained in two weeks

Jude is fourth seminarian to be ordained in two weeks 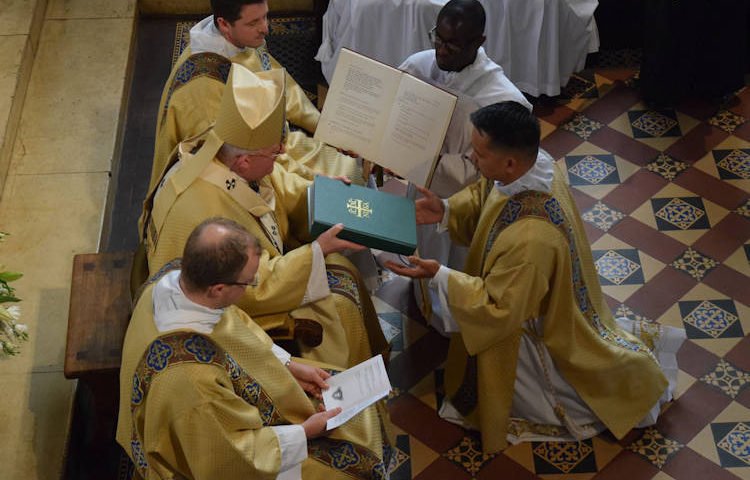 Jude Belnas was ordained to the diaconate at St Mary’s College, Oscott on Saturday June 23, the fourth Diocese of East Anglia seminarian to become a deacon within  a fortnight, following the recent triple ordination in Rome.

Jude was one of eight men from St Mary’s to be ordained by Archbishop Bernard Longley, Archbishop of Birmingham.

Bishop Alan Hopes concelebrated the Mass along with other bishops who had men being ordained for their own dioceses. In a nice touch, instead of promising obedience and respect to the principle celebrant, Jude was directed to Bishop Alan for this important moment in the ceremony.

The college chapel was full for the occasion, several priests from the various dioceses concerned with the ordination concelebrated. 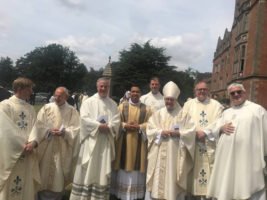 Present from East Anglia were Fr Henry Whisenant, Fr Francis Selman (member of the diocese and a lecturer at St Mary’s), Canon Eugene Harkness, Fr Padraig Hawkins, Canon David Paul and Fr Pat Cleary with Fr Bruce Burbidge the organist for the day using his gift for music to inspire those present.

Pictured top is the moment Jude Belnas receives the Book of the Gospels from Archbishop Bernard Longley during his ordination at Oscott and, right, Jude with Bishop Alan and priests from the Diocese of East Anglia.

A full picture gallery of Jude’s ordination can be found here or see below. Pictures courtesy of St Mary’s Oscott. 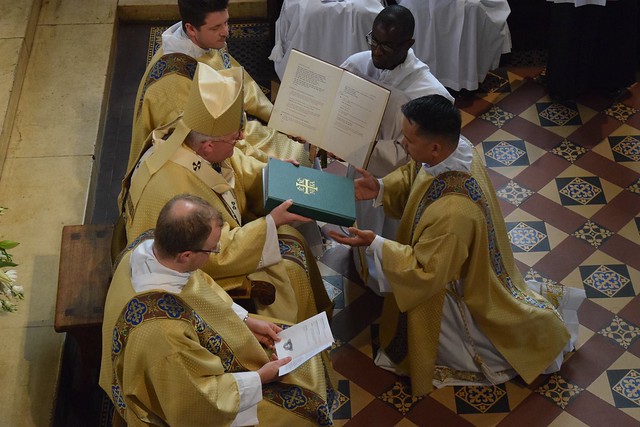