New Prior appointed for Augustine Community at Clare

Parishes raise a magnificent £6.5m through Alive in Faith

New Prior appointed for Augustine Community at Clare 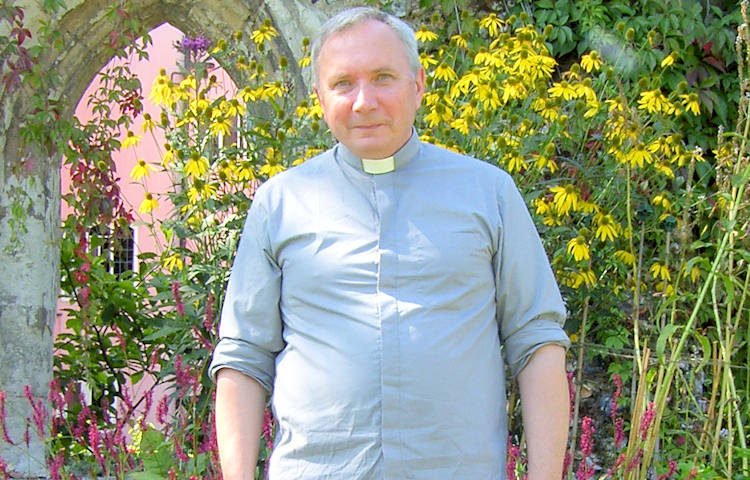 A new Prior has been appointed as head of the Augustinian Community at the historic Clare Priory in Suffolk.

Fr Stefan Park OSA, who has been Prior and parish priest at St Joseph’s Augustinian Priory in Edinburgh,for the past two years, has arrived to take on the role.

He succeeds Fr Ian Wilson OSA, who became Prior at Clare in July 2015, following his return to the UK after more than ten years as a member of the Augustinian community at San Gimignano in Tuscany, Italy, close to the area where the first friars of St Augustine had originated in 1244. Father Ian has now taken up his new position as Prior at St Joseph’s in Edinburgh.

Fr Stefan, a Glaswegian, worked in IT for many years before joining the Augustinian Order of friars in 1992. His father was Ukrainian and his mother Polish. "I moved away from the faith as a teenager," he said, "reconnecting again in my mid-thirties.

"I worked as an IT specialist for many years before making a rather abrupt life change after rediscovering the reality of God, after being introduced to the charismatic dimension of Christian life through the Community of the Risen Christ in Glasgow, and then the Antioch Community in Acton."

He was ordained a priest in Edinburgh in 2001. He has previously served in Augustinian communities at St Mary’s, Harborne, Birmingham, at St Augustine’s in Hammersmith, London, and at Austin Friars in Carlisle. He has also worked as a parish priest in Ireland, at St Brigid’s church, Co. Cavan.

In autumn 2008, Fr Stefan moved to London to establish the UK Augustinians’ first vocations discernment community. This ran for five years, and produced 16 candidates for religious life and priesthood to the dioceses as well as a variety of religious orders.

"As Vocations Director I travelled widely," said Fr Stefan, "connecting with young people all over the UK, and giving talks and retreats in the UK, Ireland and Europe."

Fr Stefan is currently Chaplain for the Medjugorje Apostolate for England and Wales, for Cor Christi Trinitate, and to Heriot-Watt University Catholic Society.

Father Stefan was at a shared outdoor lunch at Clare Priory on Sunday August 27 after the 10.30 Mass. The shared meal was to mark St Augustine of Hippo’s feast day – which is on Monday August 28 - and to thank parishioners and friends for their work.

Parish Priest at Clare Priory, Fr David Middleton OSA, said of the lunch: "Our parish and priory community has so many reasons to be thankful. Today's Mass and shared lunch have given us all the opportunity to say thank you to God and each other, It has been a wonderful occasion."

Pictured above is Fr Stefan Park at Clare Priory.