New Students for the Priesthood for the Diocese

Press statements prior to April 2015

New Students for the Priesthood for the Diocese 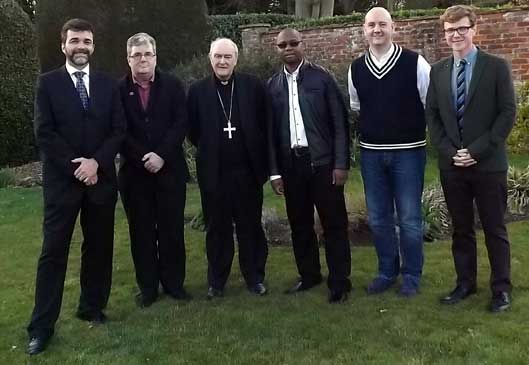 Five men have some forward and been accepted to study for the priesthood for the Diocese of East Anglia.

Bishop Alan said he was delighted that so “suitable and enthusiastic candidates” had been accepted.

Alan Hodgson, 50, is from Cape Town in South Africa and is a manager for British Airways. He is now living in Bury St Edmunds where he has been involved in parish work for the past year.

Mike Brookes, 53, who comes originally from Birmingham, now lives in Dereham and currently works in social services in Norfolk.

Mbongiseni Nyathi, 24, likes to be known as Dominic and is a student at Norwich City College coming originally from Zimbabwe but he spent several years in South Africa.

Religious studies teacher Alan Spellman, 44, was born in Durham but now works with the Salesians in London.

Mark Ashwood, 36, comes from Belfast and worked as an occupational therapist in London. He is in the second year of this study at the University of East Anglia and will complete his thesis for a PhD before beginning his studies.