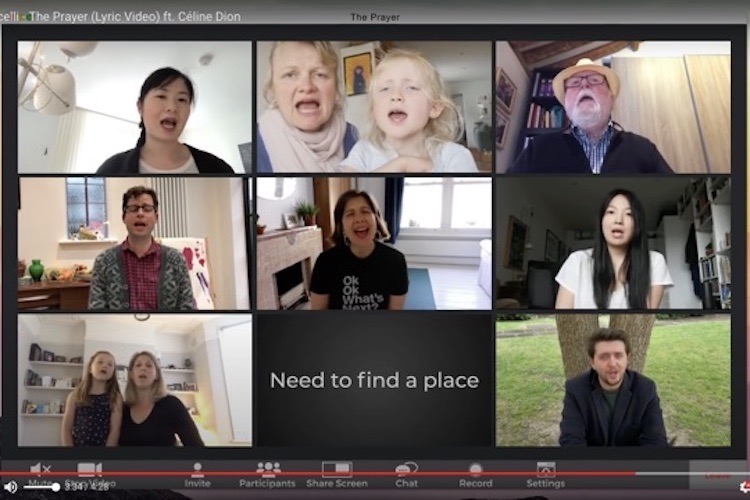 Tony Baker from the Norwich circle of Catenians recently featured in his son’s promotional version of ‘The Prayer’, a duet by Andrea Bocelli and Celine Dion. 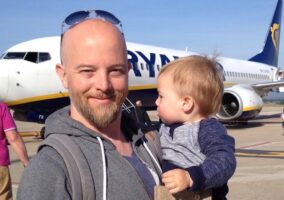 Bart runs a production company called White Wolf Films (whitewolffilms.co.uk/). Having worked quite a bit previously with the Italian tenor Andrea Bocelli, he was asked at short notice to come up with a video to promote the song “The Prayer”, which Bocelli sang as a duet with the Canadian singer Celine Dion.

The song was originally recorded in two solo versions for the 1998 film Quest for Camelot, in English by Dion and in Italian by Bocelli.  It is a request for peace, guidance and kindness, making it a common choice for memorial services.

Bart had the idea of bringing people together through video chat to produce an online version of the song. You can watch it via the link below:

Both of the singers have a large fan base, and this version has so far attracted nearly a million views.

Several Catenian brothers in Province 2 have already seen this and complimented all concerned. One commented that he was very moved by it and told Tony that he should send a box of tissues to all those who view it.

Tony commented: “Obviously, we are very proud of Bart’s accomplishment and we are glad to be able to bask in some of this reflected glory. Along with several other Bocelli and Dion fans Val and I were asked if we could join in the production, which we gladly did.”