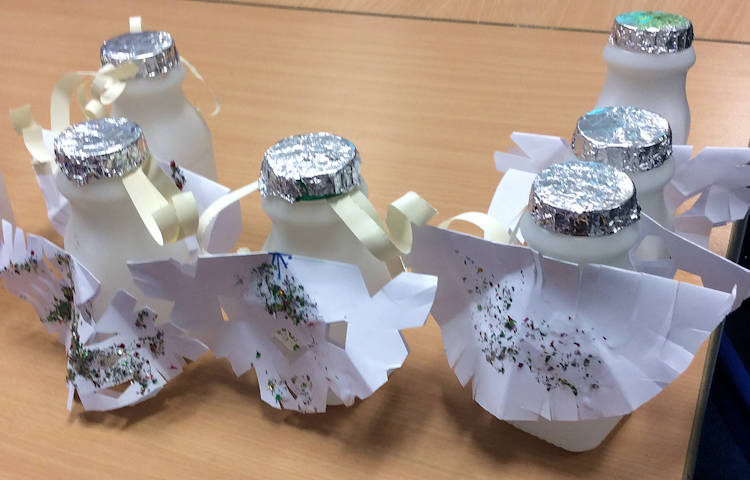 Pupils at St Felix Catholic Primary School in Haverhill applied what they have learnt about their responsibility as stewards of the earth when making new Christmas decorations.

Head of School, Andi Dodds, said: “Using Cafod materials, pupils have learnt about Laudato Si since the papal encyclical was issued three years ago and the objective to live wisely and think deeply inspired staff to make it the focus of this year’s Christmas decorations.”

Staff and pupils saved their used milk bottles, tin foil, plastic bags, CDs and magazines since the beginning of term ready for today’s creative extravaganza which is a regular joyous feature of the school’s calendar on November 29.

The school’s ongoing concern to make the children aware of the impact of their decisions on the environment has made them keen to talk about their responsibilities.

“It’s better to re-use rubbish than throw it as litter on the ground or in the seas.” said one pupil.

“I really like gluing and sticking so it’s great to do it and recycle,” said another.

David Attenborough, discussing his role in the climate change talks in Poland in December, spoke of “real people’s futures” in his BBC interview on November 21.

Andi said: “Here at St Felix, where pupils are taking action to influence the lives of real people, the future certainly looks brighter for their efforts. It taught us something we can do again next year or at home.”