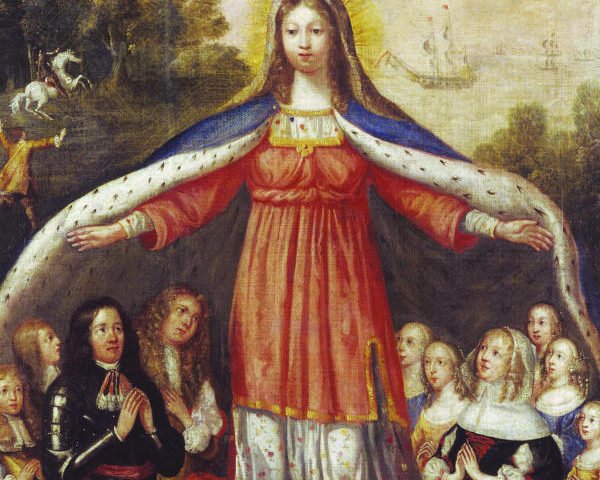 The Diocese of East Anglia is marking its 40th anniversary in June but the Catholic faith can be traced back over 1,400 years in the region, as Francis Young, editor of a new history book, Catholic East Anglia, explains.

The first Diocese of East Anglia was founded in the 7th century by St Felix, a Burgundian monk who was invited to preach the Gospel by the first committed Christian king of the Anglo-Saxon Kingdom of East Anglia, St Sigebert.

St Felix's see was at Dommoc, which may have been Dunwich or Walton Castle (since swallowed by the North Sea). In 676 the diocese was split in two, with Dommoc as the see for the South Folk (Suffolk) and Elmham for the North Folk (Norfolk).

However, when the Vikings invaded East Anglia in 869 they killed the King, St Edmund, and destroyed the churches. It was not until a century later that a single East Anglian see was re-established at Elmham. The Bishops of East Anglia remained here until 1075, when the Norman Bishops moved to Thetford. Finally, in 1094, the Bishops moved to Norwich and began what is today the Anglican Norwich Cathedral.

In 1559, Elizabeth I outlawed the Mass and Catholics became recusants, "refusers' who would not attend Protestant worship. Recusants were served by priests ordained under Queen Mary until the 1570s, when seminaries on the Continent began sending Englishmen to England as priests. This led to a government clampdown and imprisonment of priests in Wisbech Castle. This period of persecution gave the Church in East Anglia several of its martyrs, including St Henry Walpole and St Robert Southwell.

The Pope finally appointed a Bishop for England in 1625, and in 1633 William Petre founded the Jesuit College of the Holy Apostles, a network of Jesuits who took charge of the mission in Essex and East Anglia. Catholicism was mainly confined to small pockets around the homes of important recusant families, including the Bedingfields at Oxburgh, the Jerninghams at Costessey, the Gages at Hengrave and the Huddlestones at Sawston.

Catholics were hit hard by the English Civil War (1642'49) as East Anglia was a strongly Puritan area and Catholics were seen as being in league with King Charles. Catholics' property was confiscated and many were forced into exile. Two martyrs from this era are St Henry Morse, the "priest of the plague' (d. 1645) and St Alban Roe (d. 1642).

The outlook briefly improved for Catholics in the years 1685'88 when Charles II's Catholic brother succeeded him as James II. Public Catholic chapels opened in Norwich, Cambridge and Bury St Edmunds and East Anglia became part of the Midland District. However, James was overthrown in a revolution and the backlash against Catholics sent them back into hiding again.

During the 18th century, there was a small trickle of Irish immigration but Catholics were in danger of dying out. The turnaround came with the French Revolution, which changed British attitudes because the public was sympathetic to priests, monks and nuns persecuted by the revolutionaries. Three orders of nuns took refuge in East Anglia in the 1790s along with many French priests, who provided much needed relief for the overstretched English clergy. At the same time, in 1791, Catholic chapels became legal for the first time.

In 1829, Catholics were finally granted civil rights and in 1840 East Anglia became part of the Eastern District, with a Bishop at Northampton. In 1850, with the restoration of the hierarchy, this became the Diocese of Northampton.

However, East Anglia was a "poor relation' to other areas and was a region sparsely populated by Catholics, even though the Shrine of Our Lady at Walsingham officially became England's national shrine in 1934. 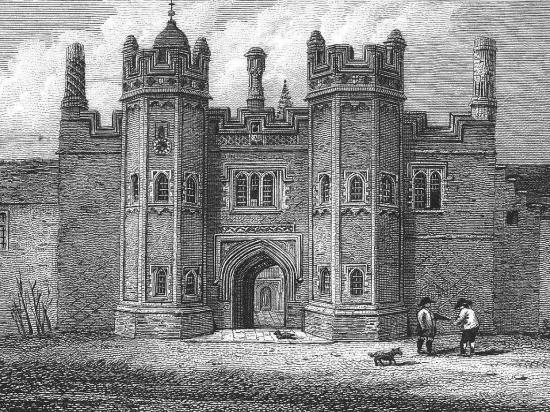 Yet the Catholic population increased after World War Two and in 1969 Alan Clark was appointed "Bishop of Elmham', an auxiliary in the Diocese of Northampton with special responsibility for East Anglia. Following recommendations of Vatican II, discussions began about creating an East Anglia diocese. In March 1976, Pope Paul VI finally issued the decree Quod Oecumenicum, establishing the Diocese of East Anglia, with the magnificent church of St John the Baptist in Norwich as its cathedral. In June Alan Clark was enthroned as Bishop of East Anglia: for the first time since the Reformation East Anglians had their own bishop.

Since then the Diocese has seen three more bishops ' Peter Smith, Michael Evans and Alan Hopes ' and East Anglia's Catholic population has continued to grow. An important moment for the Diocese came in December 2015 when Pope Francis established the Shrine at Walsingham as a minor basilica; it was fitting that this was on the eve of the Diocese celebrating its fortieth birthday. In reality, however, the Diocese can celebrate over 1,400 years of the Catholic faith's endurance and survival in this region.

Pictured above: Giffords Hall, Stoke-by-Nayland, home of the Catholic Mannock family and site of East Anglia’s first seminary in 1842

Pictured top: The Bedingfield family sheltering under the mantle of Our Lady during the English Civil War. The painting now hangs in the King’s Room at Oxburgh Hall. (c) The National Trust, reproduced by kind permission of Sir Henry Bedingfeld, Bt

A one-day conference on the history of Catholicism in Norfolk, Suffolk, Cambridgeshire and Peterborough from the Reformation to the present day is set to take place at the Narthex, Cathedral of St John the Baptist in Norwich on June 11, as part of the celebrations of the 40th anniversary of the Diocese of East Anglia.

The conference will feature papers from Francis Young on Resistance and devotion in Tudor Suffolk: Roger Martin's prayer book, Joy Rowe on The Bacton mission in the eighteenth century, Prof John Charmley on Catholicism in Victorian East Anglia and Jonathan Hooton on Nineteenth-century religious life in Norwich: Notre Dame Convent, School and Chapel.

The conference will also see the launch of the official history of the Diocese, also entitled Catholic East Anglia and published by Gracewing Press and a round table discussion: the future of East Anglian Catholic history

Conference organiser, Francis Young, said: "Catholic East Anglia is the first ever conference on the history of Catholicism in East Anglia and a fitting way to celebrate 40 years of the Diocese. The Diocese is still young but the Catholic faith survived in this region through centuries of persecution, and the Conference is celebrating the whole history of the faith here since the Reformation in the sixteenth century.

"I would encourage people to come to the conference to find out about the rich history of Catholicism in the Diocese, especially if they are interested in setting up, further developing or being part of a group devoted to parish history."

The conference takes place on Saturday June 11, from 10.30 to 5.15pm. ‘There will be a small registration fee for attendance at the conference and lunch will be provided.

The cost of tickets for the conference is £3 each and a limited number are available.