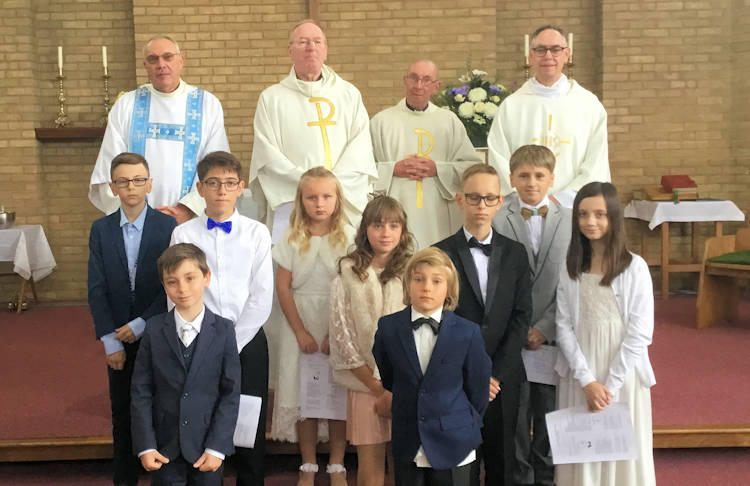 The children should have made their First Holy Communions on Sunday April 26, the third Sunday of Easter, having begun their formation last September.  When the children made their first confessions at the end of February, and even when they enjoyed a really good activity morning with the Ignite team on March 14, we did not realise what lay ahead.

When the children came for a final class and rehearsal (in groups) on September 12, we decided that all the children were at least two inches taller than when we had last seen them.

Pictured are some of the King’s Lynn Parish children at their First Holy Communion on Saturday September 26.