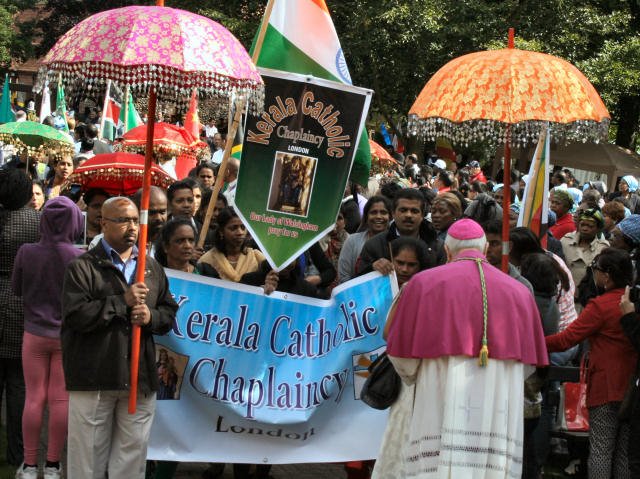 From Albania to Zimbabwe, 4,000 people comprising a literal A to Z of the universal Catholic church gathered at Walsingham in North Norfolk on Sunday September 6 for the annual Dowry of Mary Pilgrimage.

They came in coach loads from all over England and further afield, representing Catholic communities from Sri Lanka, France, Trinidad, Ghana, India, Albania, Benin, Ethiopia, Lithuania, Filipino, Congo, Zimbabwe, China and Latvia among many others. 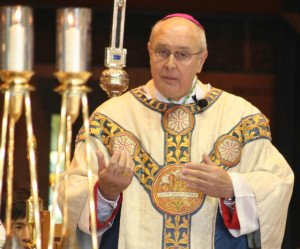 Bishop Alan Hopes at the Dowry of Mary pilgrimage.

Led by the Rt Rev Alan Hopes Bishop of East Anglia, the day of pilgrimage began with a colourful parading and reception of national flags and banners.

Bishop Alan led the opening prayer and spoke about the refugee crisis across Europe: "We pray for refugees and I know that a number of you have been in that position yourselves," he said.

Bishop Alan Williams, from Brentwood, a former director of the Walsingham Shrine gave the homily, also addressed how we should react to the issue of refugees across Europe.

"Let's be absolutely clear ' there is only one way and that is the way of Jesus Christ. He is the way, the truth and the life. Any solution, any way forward, any strategy that fails to follow that will actually not work". 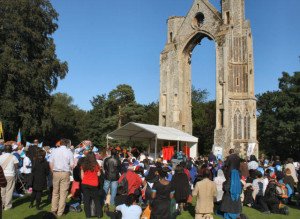 The Dowry of Mary Pilgrimage at Walsingham Abbey.

After a picnic lunch the pilgrims walked the Holy Mile to Walsingham Abbey where Bishop Alan conducted a Benediction of the Blessed Sacrament and prayers at the original shrine site.

This pilgrimage is the only time during the year that Roman Catholics are able to conduct a service there. The pilgrimage is named after the 14th century convention of England known as the "Dowry of Mary".