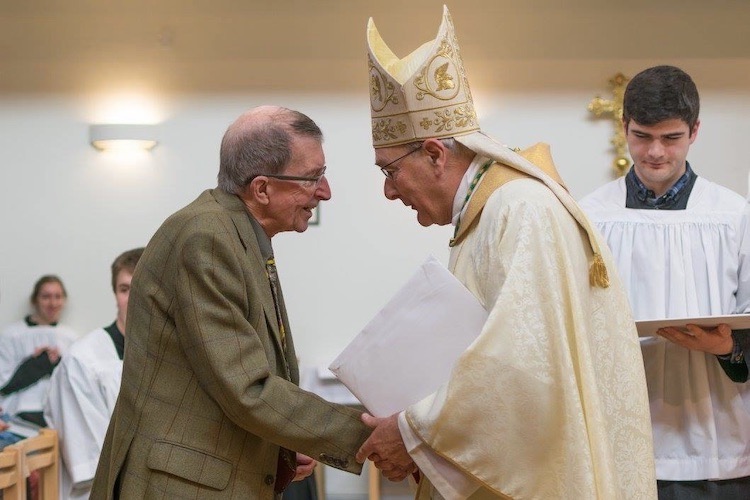 Despite his clear-cut accent and homely English ways, there was always something exotic about Nicholas Lash. Born in India in 1934, he was the nephew of the Anglican bishop of Bombay, while his brother became an Orthodox Archimandrite, and his own nephews are the actors Ralph and Joseph Fiennes. You never quite knew whom you were going to meet when visiting his house in Hereford Street. 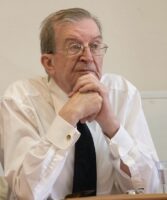 He attended Downside school, where he imbibed a love of Benedict and his rule, and then served for five years in the Royal Engineers before studying for priesthood, eventually becoming Dean of St Edmund’s College, Cambridge. In 1975 he resigned his ministry and became a lecturer in the Divinity Faculty at Cambridge University. Three years later, Nicholas was appointed to the Norris-Hulse Divinity chair, one of the most prestigious professorships at the University; this was the first time since the Reformation that a senior theology post had been held by a Catholic.

The Norris-Hulse Professorship requires its incumbents to be not only formidable theologians but serious philosophers as well. With his incisive mind, his insistence on the exact use of language, and his readiness to criticise what he thought were lazy or unfounded opinions, Nicholas excelled in his post. Brilliant and imaginative, he was the author of numerous theological books, and a regular contributor to theological journals. His academic theology, however, was never separate from his own lively faith. In one of his best-known books, Believing Three Ways in One God, he sought to assist the faithful towards as deeper understanding of the Trinity through a close reading of the Apostles’ Creed.

He was a loyal and obedient Roman Catholic, although never unafraid to pose critical questions to those in authority, and his achievements were recognised by the Church with the award of a Papal Knighthood by Bishop Alan at the University Chaplaincy in May 2017. He and his wife Janet were stalwarts of the chaplaincy, warm hosts and wickedly funny raconteurs. Nicholas was a prayerful man who reminded us that all theology is a response to God’s word, and that whatever our failings, we can still discover God’s love for us and for this world.