Bungay priest has narrow escape as cross falls in storm 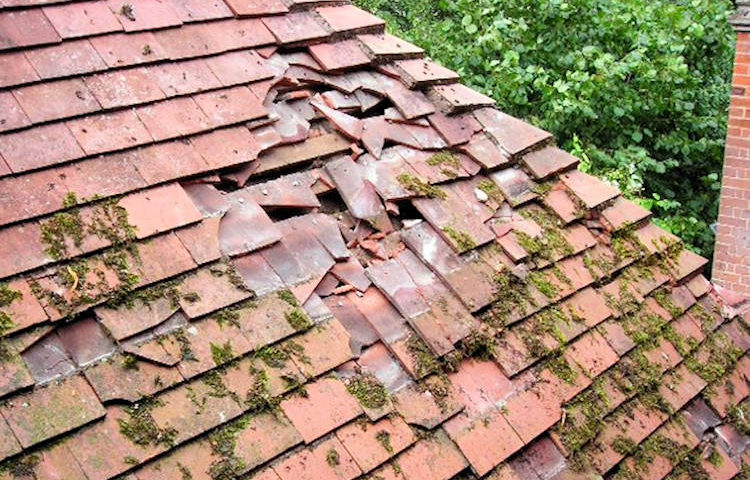 Bungay parish priest, Father Charles Fitzgerald-Lombard, had a narrow escape at the weekend as violent winds blew a stone cross onto the roof of St Edmund’s church sacristy while he was in there. 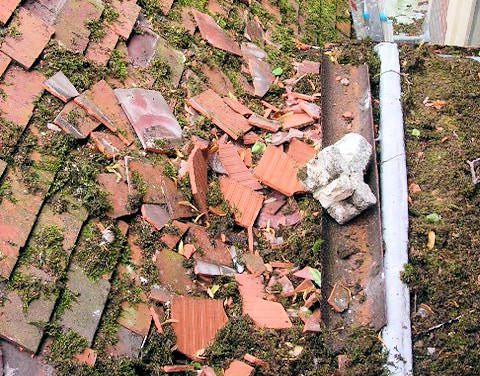 “I was unharmed,” said Father Charles, “apart from the shock at the extremely loud bang which sounded like a small bomb.”

A brief but violent wind-storm hit the town of Bungay on Saturday August 10 and around 10.30am blew off the stone finial cross at the north-west end of the apex of the church roof at St Edmund’s Catholic Church in St Mary’s Street.

The stone appears to have fallen first on the sacristy roof some 10 metres below and broken a large number of clay tiles while part of it broke off and bounced onto another face of the same roof and broke more tiles before falling to the ground.

Father Charles said: “In all I would estimate that more than a hundred tiles were broken and the wooden sub-structure and felt lining of the roof in at least two places was damaged. Some guttering was also broken off.”

Quite miraculously there was only slight damage to one of St Edmund’s famous Victorian stained-glass windows nearby and no damage appears on the inside ceiling of the sacristy. 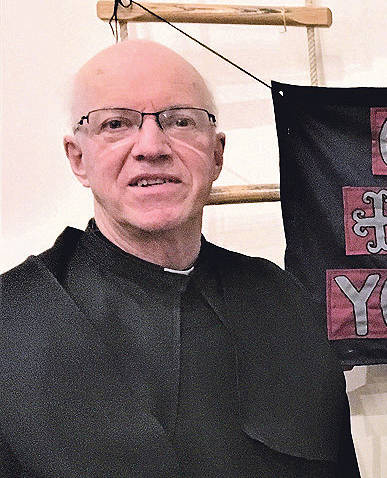 The church has insurance for storm damage brokered by the Diocese of East Anglia which has arranged for a loss-adjuster to visit the site within the next few days.

Pictured is the damaged roof and part of the stone cross which blew off St Edmund’s church and, right, Fr Charles Fitzgerald-Lombard. Picture credit: Diocese of East Anglia.