East Anglia’s Michael is ordained a Deacon in Rome 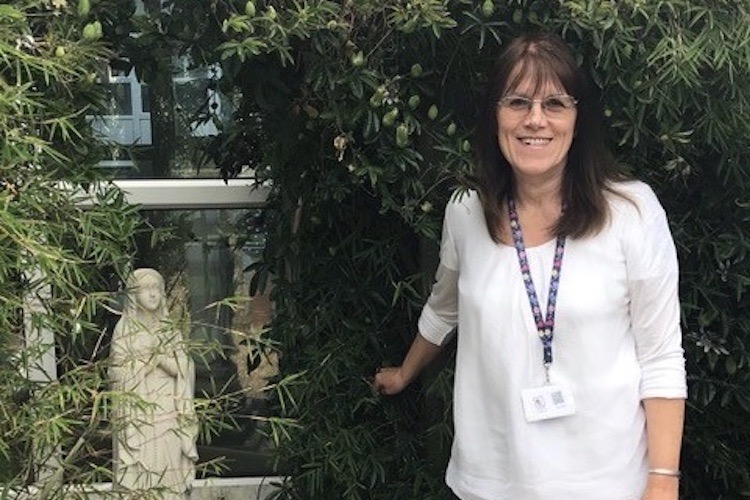 Mrs Cooper began work at the school in 2001 as a Year 3 teacher, having been taken on by the then head teacher – now school governor – Mrs Beryl Edwards.  Within a very short time she became Religious Education subject leader, a post she held throughout her career.

Working under four head teachers, she soon became an outstanding Early Years teacher (an Ofsted Inspectors official verdict, and the opinion of many of her peers) and was promoted to the position of Deputy Head in 2015.

After a school restructure in 2018, she was promoted to the post of Head of School in early 2019, working with a new Executive Head, Mrs Crane.

In the words of her peers, “Imelda will be remembered for her calm, measured and devout leadership which is the embodiment of our school and its ethos. She has always provided a strong link between the parish and school and will be sorely missed by all staff.”

Mrs Cooper said she fondly remembers whole-school events such as the Bishops’ picnics on the school field, school Masses, the annual Pilgrimage to Walsingham and all events where parents, children and staff could come together to celebrate.  She will miss most school assemblies and the opportunity to impart the teachings of our Lord to the very attentive children of St Mary’s.

Imelda’s plans for retirement include travelling, although that has somewhat been curtailed in the short term, as well as supporting the local parish in any way she can.

Mrs Cooper will leave a lasting legacy on St Mary’s and will be missed by all including the staff, governors, parents and especially the children.

She will be succeeded by Ewa Parker as the new Head of School. Ewa is currently the Deputy Headteacher at St Mary’s in Long Stratton. Mrs Parker is delighted to be taking over and is very excited to join the team. All staff and governors look forward to welcoming her in September.

Pictured above is Imelda Cooper