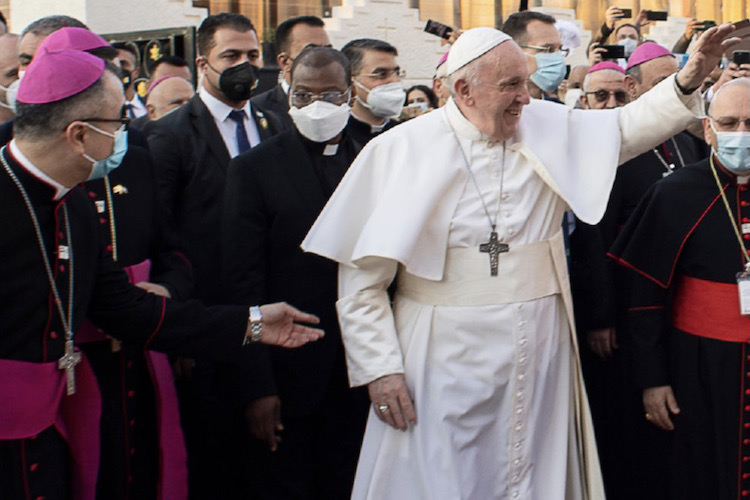 Following the visit of Pope Francis to Iraq, Cardinal Louis Raphael Sako will be speaking about the future of Christianity in the Middle East.

Cardinal Sako is Patriarch of Babylon, and head of the Chaldean Church, which is in full communion with Rome. He hosted the recent visit of Pope Francis to Iraq and faces the challenge of leading an Eastern Church in a highly charged and often changing situation, which has witnessed the mass exodus of Eastern Christians from their homelands where Christianity was first spread.

Born in Zakho in northern Iraq in 1948, Louis Raphael Sako studied at Saint John’s Seminary in Mosul and was ordained priest in 1974. In 1979 he was sent to Rome where he attended the Pontifical Oriental Institute, obtaining a doctorate in Eastern patrology. He was made archbishop of Kirkuk in 2003 and then elected Patriarch of Babylon in 2013.

Also speaking will be Cardinal Michael Louis Fitzgerald, M.Afr, Patron of Fellowship and Aid to the Christians of the East (FACE), which is organising the meeting.

Born in Walsall in 1937, Cardinal Fitzgerald is an expert on Islam, Christian-Muslim relations, and interreligious dialogue in the Catholic Church. He was Secretary of the Pontifical Council for Interreligious Dialogue from 1987 to 2002 and the President from 2002 to 2006. He then served as Apostolic Nuncio to Egypt and Delegate to the League of Arab States from 2006 to 2012.

The event will take place on Zoom at 10am on Saturday April 24.  You will need to register in advance, and places will be allocated on a first-come, first-served basis. Please register by using this link.

Pictured above is Pope Francis on his visit to Iraq and, below, Cardinal Sako (left) and Cardinal Fitzgerald (right)