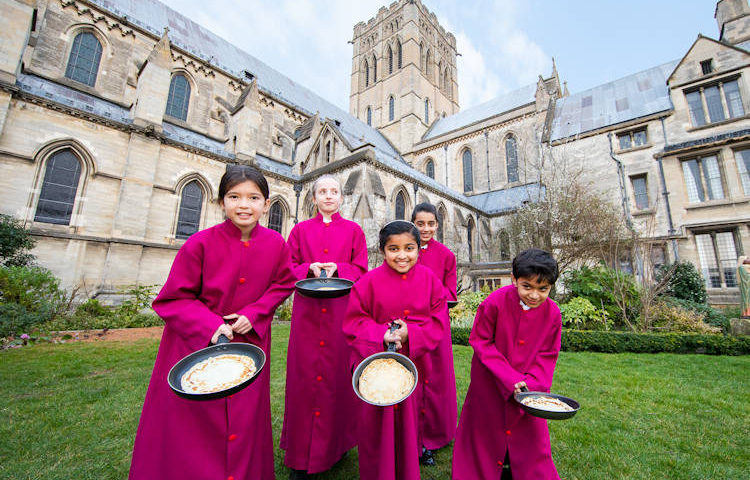 Young choristers from the Cathedral of St John the Baptist in Norwich had fun warming up for their singing practice with some pancake races to mark Shrove Tuesday.

A series of pancake races, held in the beautiful cathedral garden, were organised by Culture & Heritage Officer Julia Stafford and Master of Music, Daniel Justin. Choristers competed against each other in perfecting their pancake flips and running skills.

Julia explained: “The pancake races were to celebrate Shrove Tuesday, an important date in the Christian calendar, marking the day before the beginning of Lent on Ash Wednesday. Shrove Tuesday has become a good excuse to use up all the leftover rich and fatty foods in the cupboards and feast on pancakes which, along with other delicious foods, are traditionally not eaten during Lent. During this significant penitential season Christians prepare for Easter with a time of reflection, fasting and almsgiving.”

The choristers meet twice a week after school to prepare for the Sung Masses on Sundays in the Cathedral and were very eager to warm up for their rehearsal with the pancake races.

Chorister Daisy, aged 12, said: “It was really fun to take part in the pancake race but unfortunately we couldn’t eat the ones we raced with because they fell on the floor a few times.”

“Daniel reminded us that lots of Cathedrals have a tradition of a pancake race, but as the Choristers have only been singing for three years, this is a first for us. But I have no doubt it will become a tradition!”

The winner of the race was Hebe, and she was awarded the first prize by the Dean of the Cathedral of St John the Baptist, Provost Paul.

Pictured are choristers at Cathedral of St John the Baptist in Norwich taking part in some pancake races. Pictures by David Street. Click below for a full picture gallery. 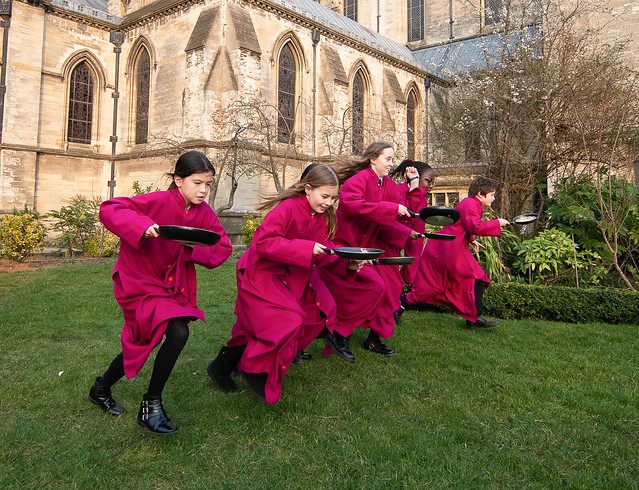