Bishop Alan says embrace the sound of silence in liturgy 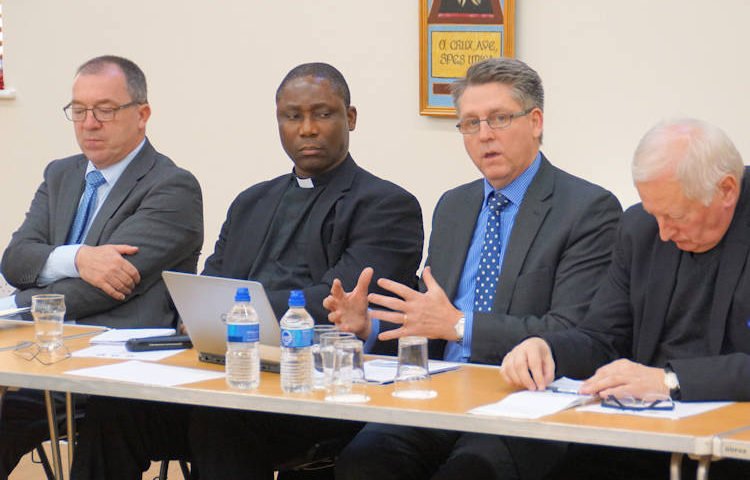 The meeting, organised in collaboration with the Santa Marta Group and the Catholic Diocese of East Anglia, was held at Sacred Heart & St Oswald in Peterborough on Tuesday November 29.

The regional meeting echoes the international initiative of the Santa Marta Group – an alliance of international police chiefs and bishops from around the world working together with civil society in a process endorsed by Pope Francis, to eradicate human trafficking and modern day slavery. 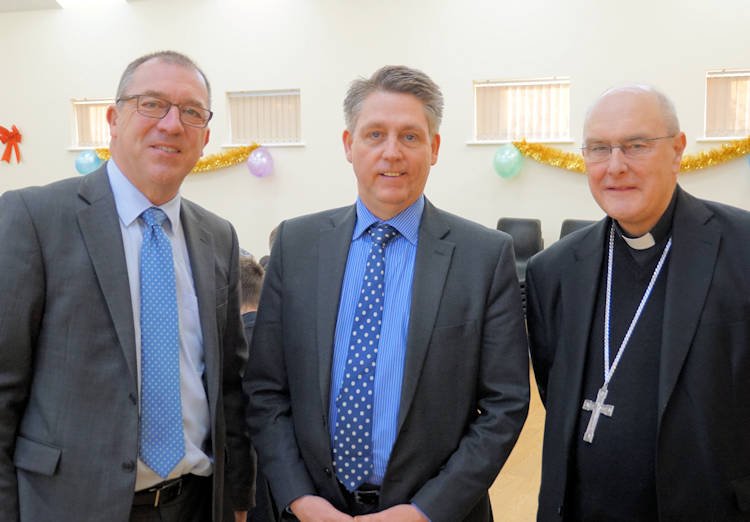 Independent Anti-Slavery Commissioner, Kevin Hyland, said: "The issue of modern day slavery is active in every community. We know that Pope Francis has made this a priority and Prime Minister Theresa May has made it a priority, so it is important that we get the communities that can actually respond to the suffering and the vulnerability. The Santa Marta group is all about bringing the church and Police leaders together. The meeting in Peterborough was about bringing these people together, talking about ideas and seeing how the church can influence this area and work hand-in-hand with the Police.

"The partnership between the church and the Police is an unusual one but it is the perfect match because the Police are there to deal with vulnerable communities and to protect them and to bring people to justice. The church is there for the same thing, to look after vulnerable communities, to promote equality and to promote justice across the world. Bring those two groups together and you have got a perfect match and when you see them working together they can learn so much from each other and then we see a really strong change in culture, which results in vulnerable people being identified and supported and taken out of exploitation and those who commit these awful crimes being brought to justice," said Kevin.

"East Anglia is an area with a lot of agriculture and a lot of people who come from Eastern Europe for those job opportunities and there have been convictions in Cambridgeshire and Lincolnshire. One was even in Wisbech, the home of Thomas Clarkson who was the man who started the campaign against slavery and brought it to the attention of William Wilberforce," he said.

Sir Matt Baggott, adviser to the Santa Marta Group and retired chief constable, also addressed the meeting. He said: "The partnership between the church and Police is one of the most powerful and effective ones that you can have because both are caring organisations with a heart for people, particularly the vulnerable, and want to make sure that justice is delivered. The partnership has the potential not just to save people from a life of misery but to change the whole mind-set of our country towards modern day slavery.

"Vulnerable people come to the church as a place of solace and where they feel safe. Priests and parishioners can encourage them if they are being exploited to report that to Police as someone who can help. The church also has a right to challenge the Police and local authorities and others and say, "we know there is a problem, what are you doing about it'," said Matt

"It was a very encouraging gathering today which shows the importance of practical local solutions. We are here to encourage, to listen and give advice if we can and create an opportunity to share their experiences and come up with some solutions. There are huge global issues facing the world with millions of people still held in slavery but the answers are often found by tackling it locally.

"Undoubtedly there are people being exploited in car washes, brothels, agriculture and manufacturing across East Anglia. Where there is a way of making money by exploiting people's misery, you will find it." 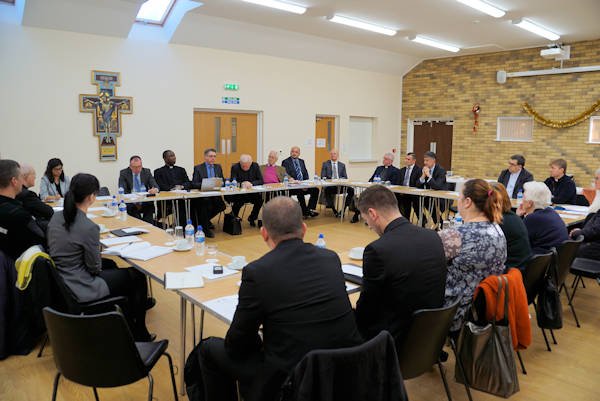 Paul Broadbent, chief executive of the Gangmasters Licensing Authority, also spoke to the gathering: "Parishioners can play the part of being our eyes and ears, picking up the subtle signs of labour exploitation and what could be modern day slavery.

"East Anglia is the fulcrum of our work at the GLA because of the food and farming sectors and we need the information people have got to give us the missing piece of the jigsaw."

The meeting also heard from chaplains for the Slovak, Romanian, Lithuanian, Polish, African and Portuguese communities and from modern slavery lead Police officers from Norfolk, Suffolk, Cambs, Beds, Essex and Kent as well as Catholic parish priests, sisters and parishioners.

Reflecting on the meeting, the Bishop of East Anglia, Alan Hopes said: "There was a degree of optimism, hope and enthusiasm which will take us forward to tackle these sad situations. I think the most important thing is that trust and confidence will grow from this meeting.

"The partnership between the Catholic church and the Police is a very powerful relationship and I have come to understand that more fully today. The church can help make a real difference when working with the statutory authorities."

Listen to the main speakers, below, talk to Keith Morris.