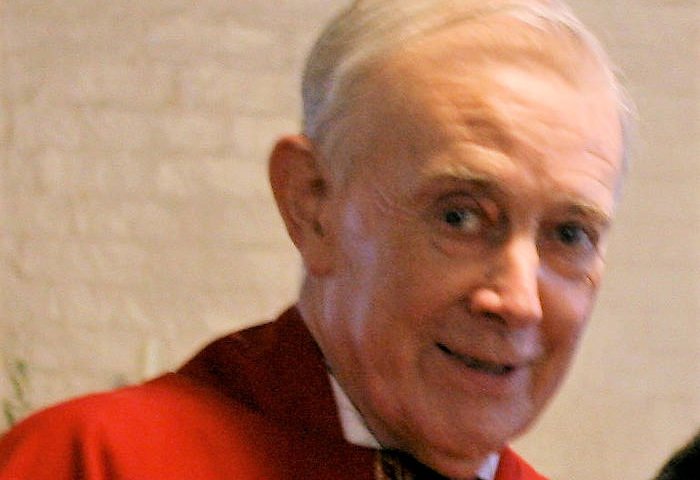 Parish priest Fr Anthony Slack will be remembered for his dedication to parishioners in Whittlesey and Ramsey and a dry sense of humour. Bernard Whyte pays tribute.

Fr Anthony (Les) Slack retired in August 2016 at the age of 75 after 16 years as the Parish Priest of St Jude's Whittlesey and The Sacred Heart, Ramsey. He was not however destined to enjoy a long and happy retirement. In November, he had a sudden brain hemorrhage and died within a very short space of time. His funeral was held at Ratcliffe College, Leicestershire where he had spent many years as a tutor. Requiem masses were also celebrated at Whittlesey and Ramsey.

Fr Slack was born in Manchester, and at the age of 13, became a student to Ratcliffe College which was run by members of the Rosminian Order, (Institute of Charity). At the age of 18 he was inducted into the Order and was ordained into the priesthood at St John's, Wonersh at the age of 23. After a short time as an assistant priest in Cardiff, he returned to Ratcliffe where he became a tutor for the next 30 years. Having served the Whittlesey/Ramsey parish as a locum for some years, he was appointed Parish Priest in 2000 where he remained till his retirement. He was one of a number of Rosminian Priests supporting the Diocese at that time.

He was well known by his parishioners for his love of Latin, and for the singing of hymns at every opportunity. When not looking after the needs of the parish, he followed a deep interest in railways and would spend his free time exploring the rail routes of the British Isles. His knowledge in this respect was outstanding. He was beginning to enjoy a newfound interest in bridge before he died.

In his latter years in the parish, he did not enjoy the best of health, but looked forward to a more peaceful time at the Rosminian retirement home at Derryswood, Surrey. His retirement Mass was concelebrated by a number of Rosminians as well as priests from our diocese, and a most thoughtful homily was given by Fr David Myers. Canon David Bagstaff, the Vicar General, paid tribute to the dedication of Fr Slack to our parish and the diocese. He was also joined by clergy from other Christian denominations who had come to share in the service.

Fr Slack will be remembered for his dedication to his parishioners, and wry sense of humour which he shared at informal coffee mornings after weekday Masses.

He will be fondly remembered in our prayers.