Celebrating Mary during the month of May

Celebrating Mary during the month of May 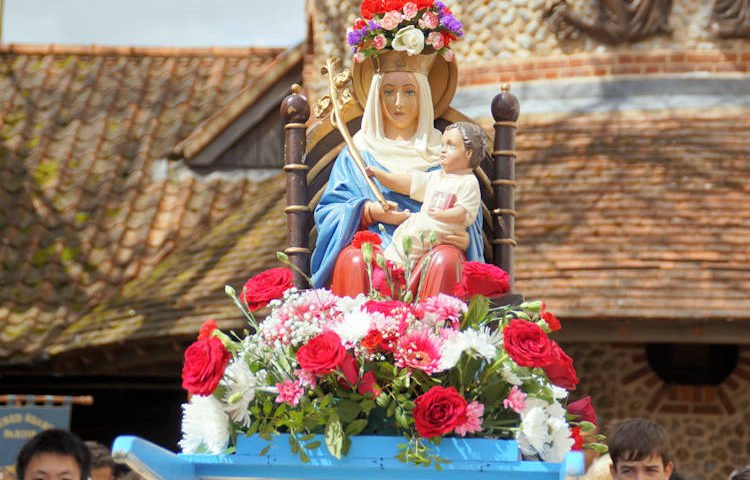 In the first of a new series of monthly reflections, Deacon Peter Coates from Woodbridge looks at celebrations of Mary during May.

She was probably only a teenager at the time she was promised in marriage.  It was the normal way for good Jewish families to arrange things and it was expected that the marriage would take place within a year of the betrothal.

The ceremony would be as lavish as possible in line with the social standing of the families.  She would be expected to care for her husband, run the home, bring up the children and become an important member of the local community.  But, and it was a very big but, God had other plans for Mary.  She was to become Mother of God and Queen of Heaven.  Her response – how can these things be? – is hardly a surprise!

During May, we celebrate Mary.  We crown her statues.  There are flowers everywhere and processions.  Some people pray more.  If you visit Mary’s House at Selcuk near Ephesus today, it seems like a permanent celebration of processions and Masses but inside the house there is silence, semi-darkness and a palpable sense of peace.

When Mary stood on Golgotha to see her Son executed, He gave her into the care of the Apostle John who brought her to share in the life of the young church at Ephesus. Mary had experienced the horror of Golgotha, but she shared in the wonder of Jesus’s resurrection living in the exciting life of the missionary church.

It is no wonder that Mary holds such a place of honour in the church today.  We rightly call her Mother of God (Theotokos – the God-bearer) because she gave physical birth to Jesus the Son of God.  As the meaning of that title has been understood in the church, Mary’s importance in the history of our salvation has been more clearly seen and we see her place in Heaven.

Sadly not all Christians recognise Mary’s significance.  It is also sad that many Christians do not experience the depth of meaning in another of her titles; Mary, Help of Christians.

Because of her experiences, from the Annunciation to the Assumption, Mary is uniquely placed to help us.  She has loved and been loved, she has seen poverty and danger, she has shared happiness and joy. We can come to Mary, our Lady, as to a friend for support, for guidance, for hope.  From the cross, Mary was given not only to John but to us all.  We should defend and care for her as did John, we should rely on her as the mother given to the church.

Our lady, help of Christians; Pray for us. 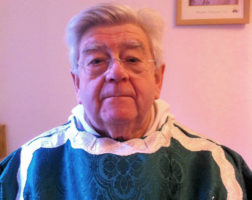 Peter spent 15 years as a Methodist minister before European Education and Training projects in Portugal (where he converted), Hungary, Azerbaijan, Kyrgyzstan and Moldova where he lived and worked for over six years. He was the first permanent deacon ordained in the former Soviet Union in the Diocese of Chisinau, Moldova.