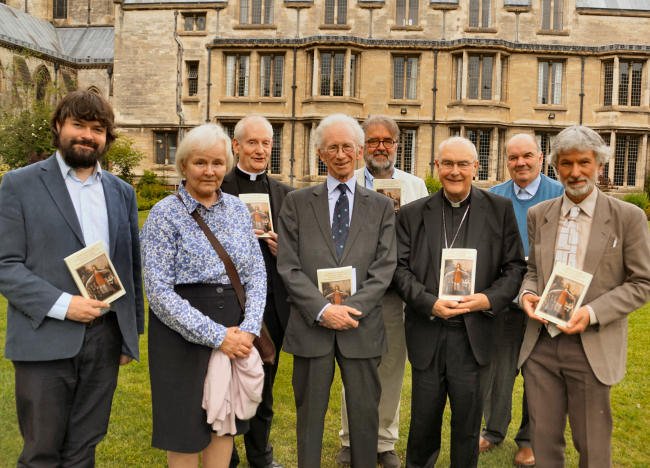 One of the events to celebrate the 40th anniversary of the Diocese of East Anglia was a one-day conference on Saturday June 11, called Catholic East Anglia, to look at the history of Catholicism in East Anglia since the Reformation. Organiser Dr Francis Young reports.

Papers were delivered by Dr Francis Young, on behalf of Joy Rowe, by Professor John Charmley and by Jonathan Hooton. The afternoon featured the launch of the new history of the Diocese, Catholic East Anglia: a history of the Catholic faith in Norfolk, Suffolk, Cambridgeshire and Peterborough, published by Gracewing Press.

The conference was attended by over 80 delegates and was opened by Bishop Alan Hopes, who told the conference that a copy of Catholic East Anglia was presented to Pope Francis at a recent general audience. Pope Francis replied in English, wishing the Diocese "Happy Birthday!'

Francis Young's paper concentrated on the sixteenth-century Suffolk recusant Roger Martin (1527-1615) of Long Melford and his recent discovery of a prayer book that may have belonged to Martin and later to the recusant Rookwood family of Coldham Hall.

The fifteenth-century illuminated book of hours contains prayers that were defaced in other prayer books at the time of the Reformation, as well as other prayers added by Roger Martin during the reign of Mary I and deletions that reflected his recusant beliefs in Elizabeth's reign.

Dr Young then read, on behalf of Joy Rowe, a paper on a mission in eighteenth-century East Anglia that crossed the border between Norfolk and Suffolk and served a wide area, and which is the ancestor of present-day Catholic parishes in Stowmarket, Diss and Thetford. This was the Bacton or Border Mission, whose mission registers survive for the period 1768-1798. The paper presented an analysis of these registers and advanced the argument that Catholicism was alive and well in rural Suffolk and Norfolk, in widely scattered communities, throughout the eighteenth century.

John Charmley's paper focussed on the development of Catholicism in Victorian East Anglia, when the region was part of the vast and unwieldy Diocese of Northampton (established in 1850). Northampton was famously described by Cardinal Manning as "the dead diocese' as it was so vast in geographical area yet contained so few churches and priests. 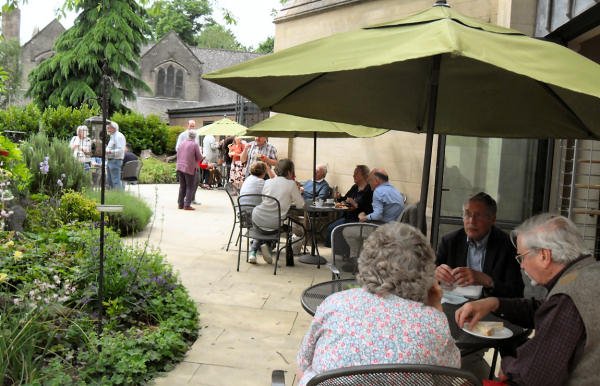 Professor Charmley detailed both failures and successes of this period, concluding that Bishop Arthur Riddell of Northampton (1880-1907) did more than anyone else to salvage the faith in Norfolk, Suffolk and Cambridgeshire by prioritising Catholic education and the planting of financially viable new churches, as well as by insisting that the faith would grow if Catholics were faithful and devout within their communities. By the end of Riddell's episcopate the number of priests and chapels had almost doubled.

Jonathan Hooton spoke about the chapel of Notre Dame High School in Norwich, one of the architectural "hidden gems' of Norwich and the Diocese. The Sisters of Notre Dame arrived in Norwich in 1889 and their chapel was built rapidly between 1895 and 1896 in the early English style by F. E. Banham, who was also the architect of St Benet's Minster in Beccles and Our Lady of Perpetual Succour, Gillingham. The chapel survived fires in 1911 and 1942 (the latter the result of incendiary bombs) as well as being turned into a studio in the 1990s, before it was restored in 2004. Amongst other things, the chapel features a beautifully preserved Victorian porcelain toilet in its own turret!

The launch of Catholic East Anglia was attended by Sir Henry and Lady Bedingfeld of Oxburgh Hall, who graciously gave their permission for a painting at Oxburgh to be reproduced for the front cover of the book. The painting depicts the Bedingfeld family sheltering under the mantle of Our Lady while scenes behind depict war and exile; Dr Young explained that he chose the image because it alludes to the primary patron of the Diocese, Our Lady of Walsingham, but also makes the point that the history of a Diocese is a history of people rather than buildings or institutions.

Professor Charmley then spoke about his contribution to the book (on the nineteenth century) and Fr Tony Rogers, who joined the Diocese of Northampton in 1970, spoke about his memories of 40 years of the present Diocese (including the unfortunate announcement of the new diocese on TV before the clergy had been informed!).

The conference, which took place in The Narthex's Duke Henry Room, was judged by all a huge success, and was also blessed by excellent weather which made it possible for discussion to spill out onto the lawn on the south side of the Cathedral. It is to be hoped that the Catholic East Anglia conference will generate wider interest in the history of Catholicism in this region.

Read about the launch of the new East Anglian Catholic Historical Society.