Norfolk parish praised for work with poor and refugees 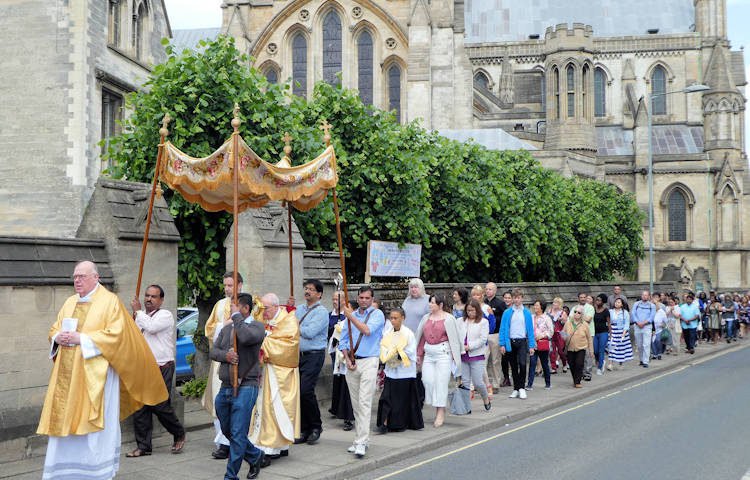 The feast of Corpus Christi was marked by processions across the Diocese of East Anglia including at Oxburgh Hall and in Norwich on Sunday June 3. 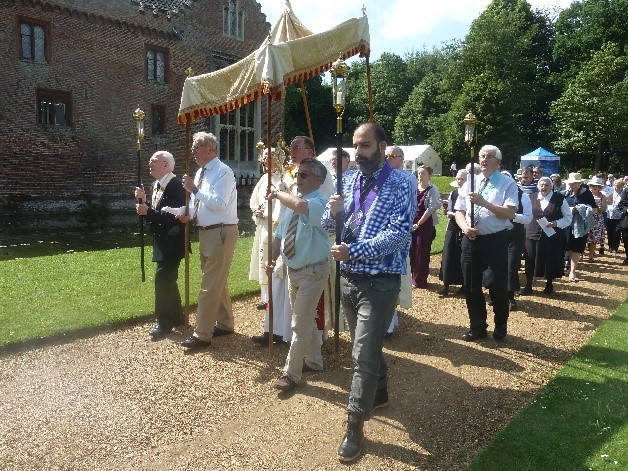 The glorious setting of historic Oxburgh Hall in blazing sunshine was the venue for the annual Corpus Christi Procession of the Deanery of St Wilfrid (King's Lynn).

About 150 people from parishes across the deanery processed with the Blessed Sacrament from the private chapel, around the moat and through the courtyard and house into the private garden where Benediction was given before the procession returned to the chapel.

The grounds were thronged with summer visitors who were evidently struck by the sight of the procession with some falling to their knees as the Blessed Sacrament passed.

Members of the Catenians had the honour of carrying the Canopy over the Blessed Sacrament and Knights of St Columba including the Deputy Supreme Grand Knight acted as torchbearers.

The service was led by dean Fr Peter Rollings and was held by kind permission of the Bedingfeld family who own Oxburgh Hall. Picture, above byJoe Rodriguez.

At St John's Cathedral in Norwich, Bishop Alan Hopes led the Corpus Christi Mass, with Canon David Paul, Fr Henry Whisenant and Dcn Andrew Eburne in support at the altar, during the Mass and in the procession.

Pictured top is the Corpus Christi procession in Norwich. Picture by Michael Hill.