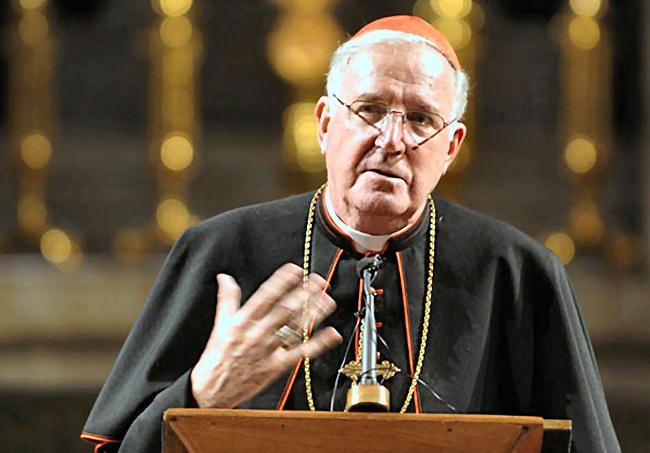 “His total commitment to the Church which he loved and served so well over a period of sixty years, his optimism and action in the face of adversity, his enthusiasm and his cheerful disposition, gave encouragement and support to clergy and people alike and spoke of his simple but deep faith and trust in the Lord.May he rest in peace.

“Parishes across the Diocese of East Anglia will be praying for him this weekend at the Sunday Masses and will be offering Mass for him during the coming days. We will also be praying for his family and friends as they mourn their loss.”

Making the announcement, Cardinal Vincent Nichols, wrote: “I am writing to let you know the sad news that Cardinal Cormac Murphy-O'Connor died peacefully this afternoon, surrounded by his family and friends.

“Please pray for the repose of his soul. Pray, too, for his family, and those many friends and colleagues from the Diocese and far beyond who mourn his loss.Information about the funeral rites for the Cardinal will be circulated as soon as possible.

Cardinal Cormac Murphy-O’Connor spoke at the University of East Anglia in Norwich last year as part of the Newman Lecture Series, on the Changing Faces of the Papacy. You can watch him speak below.