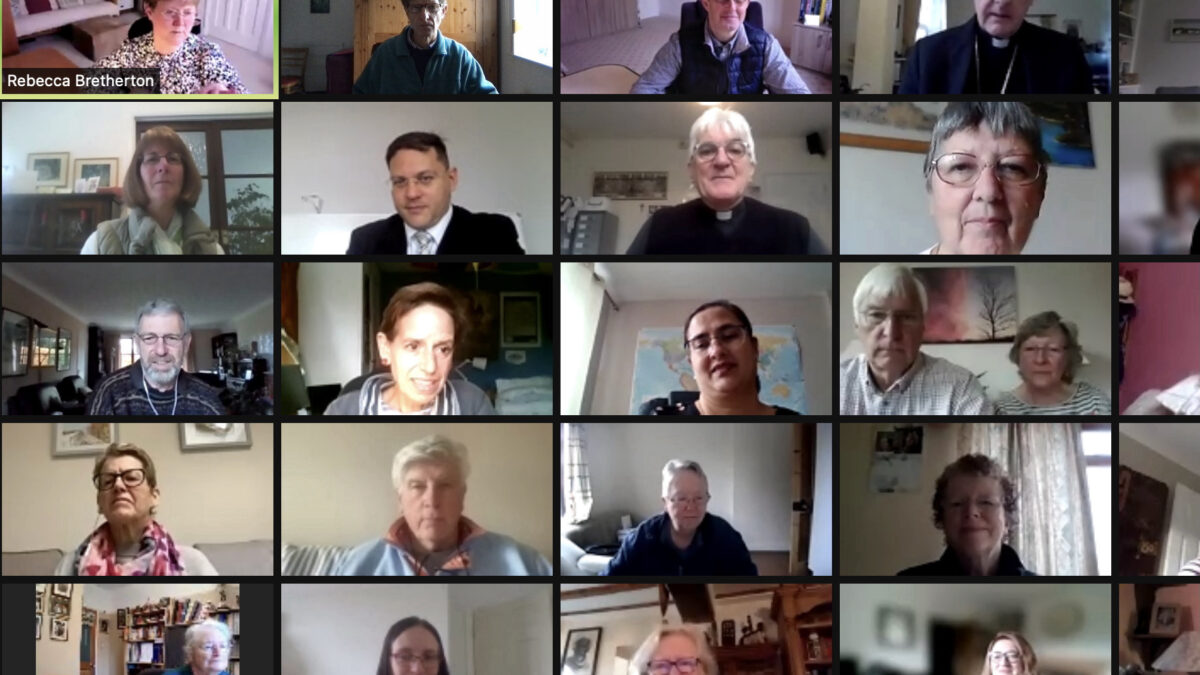 The morning was chaired by Rebecca Bretherton, Diocesan Safeguarding Administrator. Bishop Alan Hopes joined the meeting and opened in prayer. His intercessions covered not only victims but also perpetrators, whether these were laity or clergy. “May we all grow in the holiness which God desires,” he said.

The Bishop emphasised that the role of a safeguarding rep was an extremely important one – to ensure that parishes were safe places for children and vulnerable adults. The diocese, he said, had underlined the importance of safeguarding by requiring its trustees to take a deeper responsibility and also by appointing a new Safeguarding sub-committee headed by trustee Chris Quinn. The diocesan safeguarding commission meanwhile continued as a place where independent safeguarding professionals were able to scrutinise and support the management of cases within the diocese.

Mick Thurley, Diocesan Safeguarding Coordinator, then gave an introduction, reflecting on the excellent work carried out in the parishes and the quality referrals coming from the parish safeguarding reps, including ones for domestic abuse.

Sebastian Carro, a psychologist who leads training at the CSSA, began his presentation with a summary of the agency’s work, both in prevention and in the management of those cases which slip through. The CSSA, he said, provides advice, produces standards, develops training, and intervenes in dealing with complaints if local processes become exhausted. It also has an audit function, investigates complaints, and champions the centrality of victims and survivors.

He covered some of the areas of responsibility for a parish safeguarding rep such as the safe recruitment of volunteers and responding to allegations or concerns.  These responsibilities remain largely unchanged.

Sebastian underlined the importance of responding to low-level concerns – the presence of things which made you think, such as unusual attitudes, words or messages. He encouraged reps not to brush off such things, but to keep records and to speak to Mick Thurley, even if what they were reporting felt insignificant.

A question-and-answer session brought up the subject of how to handle volunteers who originated from overseas, and for whom a DBS checks would add little value. Mick said that in some cases, and especially with priests, checks would be carried out with the countries of origin using a recognised service provider. One participant mentioned that in their parish during activities with children, volunteers from overseas were paired with people who had been DBS checked.

Fr Pat Cleary, who is a member of the Diocesan Safeguarding Sub-committee and Safeguarding Commission, closed the gathering by leading midday prayer.

Mick has a supply of cards which the diocese has produced, giving an overview of how to respond to a concern and these can be made available to parishes if they are running low.

There is also a code of conduct for volunteers on the diocesan website here: https://www.rcdea.org.uk/safeguarding/downloads/

If you have any safeguarding concerns, you can contact Mick on 07429 215344 or safeguarding.coordinator@rcdea.org.uk.

Pictured above participants at the safeguarding training and, below, one of Sebastian’s slides.