SVP campaign asks for a million gestures of kindness

Couples with miscarriages or infertility are not alone 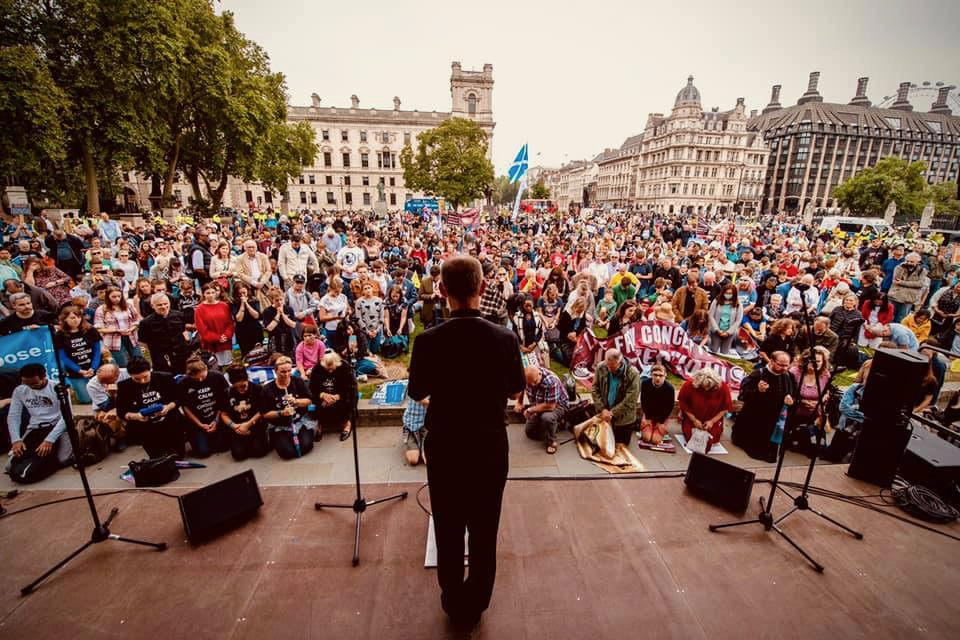 Parishioners from East Anglia were among thousands who gathered in London to march for life and pray for an end to abortion. Laurette Burton reports.

The theme for this year’s March for Life was ‘Abortion is the number one issue’.  People came from all over the country to defend the rights of the most vulnerable members of our society and it was wonderful to see lots of families and young people, including contingents from university pro-life organisations.  A small group from the Diocese of East Anglia walked behind a banner of Our Lady of Walsingham.

The event took place on Saturday September 4 in Central London. Many participants started the day at Mass and then joined others in the Emmanuel Centre, Marsham Road for a Pro-Life Fest featuring speakers, activities for children and stalls run by pro-life charities.

At 1.30pm the procession headed off from the Emmanuel Centre towards the Embankment, passed the Houses of Parliament and along Whitehall to Trafalgar Square. As ever, there were pro-choice hecklers, but not many. Extinction Rebellion protesters filled a small part of Trafalgar Square, but we passed them by and headed back to Parliament Square for the keynote speeches.

The first speaker was a very brave girl, Natalia, who gave a heart-breaking account of her home abortion during the lockdown and the deep grief she feels for the loss of her child.  The tragedy, so often the case, is that if Natalia had been given some support rather than being told abortion was the only solution, she would have kept her baby.  She is now being helped by Rachel’s Vineyard, a charity offering emotional and spiritual healing for those trying to come to terms with the pain of abortion.

The Rt Rev Paul Swarbrick, Catholic Bishop of Lancaster, ended the afternoon with the Christian perspective on abortion and led us all in prayer.

The statistics of abortion are frightening, with around 200,000 babies killed every year in the United Kingdom and over 9,000,000 since the Abortion Act came into force in 1967. We should all take a stand against this appalling assault on human life. Let’s swell the crowd in 2022. If just five people from each parish were to take part, there would be a group of 250 from our diocese.

Pictured above is the Bishop of Lancaster leading as thousands go onto their knees in Parliament Square to pray for the end of abortion (Photo: March for Life UK).

Below is Alastair Ward carrying the banner of Our Lady of Walsingham and leading participants from East Anglia.