England to be rededicated as Dowry of Mary in homes

Videos as England rededicated as Dowry of Mary

England to be rededicated as Dowry of Mary in homes 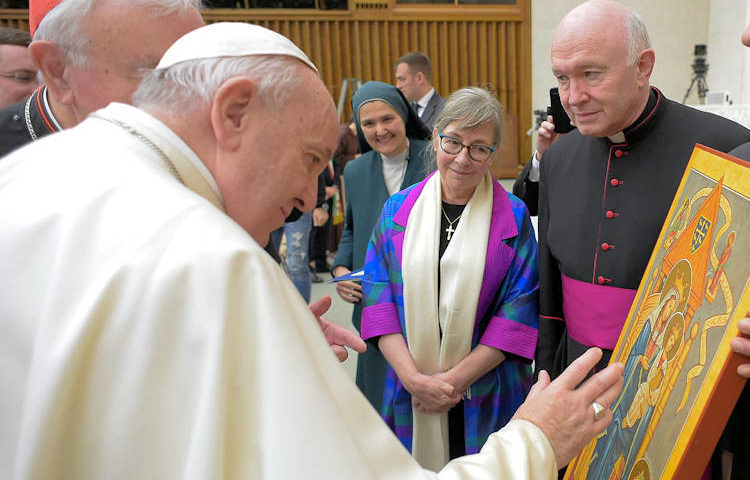 England will be rededicated as the Dowry of Mary on Sunday March 29 as an individual event taking place in thousands of homes up and down the country, as well as at a live-streamed Mass at the Catholic National Shrine in Walsingham and St John’s Cathedral in Norwich.

According to the official website, www.behold2020.com, the rededication itself on March 29 is both a personal promise of the people of England, and a renewal of the entrustment vows made by King Richard II in 1381.

The first dedication was made by King Richard II in Westminster Abbey as he sought the protection of Our Lady in the face of great political turmoil. At this point, England received the title ‘Mary’s Dowry’; meaning that England was ‘set aside’ as a gift, a dowry, for Our Lady under her guidance and protection.

The rededication will take place throughout the country on Sunday March 29 at 12 noon.

This will happen at Walsingham (to be live streamed at www.walsingham.org.uk/live-stream), in Westminster, in Catholic cathedrals (including in Norwich which was livestreamed at www.sjbcathedral.org.uk at 10am and can be watched recorded on YouTube now), and now in as many homes as possible.

Wednesday March 25 (the Feast of the Annunciation): All who are following the consecration will consecrate themselves to Jesus through Mary.

Thursday March 26 – Saturday March 28: A three-day triduum of prayer in which all will be invited in their homes to recite the litany of Saints and Martyrs of England, pray the Rosary in preparation for the rededication.

The re-dedication may be celebrated at the same time in your home as watching a live-stream Mass, this would be 12 noon, the time of the Angelus, but may take place at any convenient time during the day.

A Plenary Indulgence will be granted by Bishop Alan Hopes for all who make the re-dedication, subject to the normal conditions, however, the Sacred Penitentiary in Rome has granted a special Coronavirus Plenary Indulgence which extends to anyone who is quarantined by government restrictions. Participating in the re-dedication of England as the Dowry of Mary would qualify as one of the acts of devotion required by the special Indulgence.

The Dowry Painting by Amanda de Pulford, will be present in Walsingham on March 29, after its Papal blessing in Rome on February 12.

In a joint statement from the Anglican and Catholic shrines at Walsingham, Fr Kevin Smith and Mgr John Armitage said: “Today, fear and uncertainty about the future is affecting millions of lives around the world and within our own communities and families. We see in Mary one who was not shielded from life’s pain and difficulties… This is why we can look to Mary with confidence and trust in times of sorrow and joy, because she has the wisdom of a Mother who knows what we are experiencing, who loves and protects her children.”

Pictured above, the Dowry Painting by Amanda de Pulford (centre) is blessed by Pope Francis in Rome on February 12, watched by Walsingham Rector Mgr John Armitage. Picture by EWTN/Vatican.