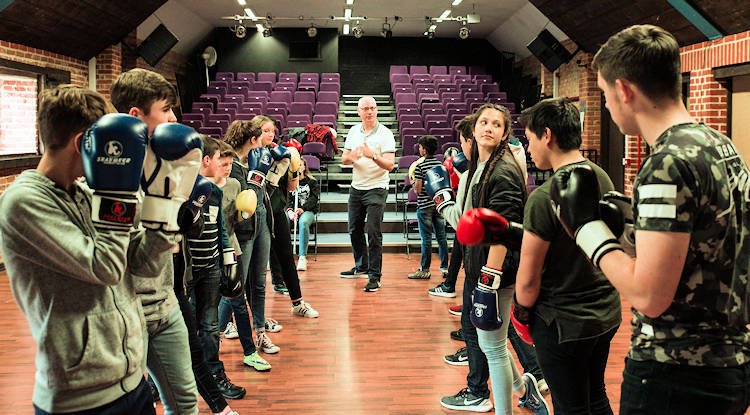 Organised by Diocese of East Anglia youth director Hamish MacQueen, and the Ignite Lite youth team, the weekend took theme from Pope Francis for World Youth Day 2017 – "The Mighty One has done great things for me and holy is His name," Luke 1 v49.

Most participants were at the festival as part of their preparation for confirmation this summer.

Saturday opened with worship from Matt Dean and his band, followed by Christian comedian Tony Vino, who set everyone at ease. He was followed by adoration and reconciliation, led by Fr Henry Whisenant.

"This was very powerful and a very large number of young people took the opportunity to go to confession," said Hamish.

Rounding off the evening was Gospel DJ Brotha Charles, followed by everyone sitting around a firepit, singing.

Bishop Alan was in attendance to celebrateMass, which was followed by a variety of workshops in the afternoon ranging from sumo wrestling and fighting the good fight ' using boxing as an illustration, to prayer workshops, adoration, painting and mime..

A barbecue and live music from Ignite Lite musician Daisy Hill followed by a talk from Catholic evangelist, and former boxer, Gary Stevens, including a call to commitment. The evening ended with music from Norwich band Night Train.

Hamish said: "It has gone very well and been really wonderful that such a good team of around 20 from Ignite Lite has taken up the challenge and worked well together. A number of people have been genuinely touched afresh."

Daisy Hill, 19, from Buckden Towers in Cambridgeshire, was part of the Ignite Lite volunteer team. She said: "It is my first time at Ignite and I love it and will definitely be back again.

"Adoration was beautiful and it was lovely to see those who went because they felt they had to, to then come out the other side and be like "I want to find out more, I want to find out who Jesus is and what is going on.

"After Fr Henry spoke there were a lot of people who went to confession. When they came out some were beaming, some were a bit emotional, but most were so happy and its like "I'm light as a feather now'."

On bank holiday Monday, around 100 young people from Ignite walked as a group through the Norfolk countryside from Holkham country park to Walsingham to join the annual diocesan pilgrimage to the Catholic National Shrine.

You can hear Ignite team leader Catherine Williams and Daisy Hill talk about the Ignite Festival on BBC Radio Cambridgeshire by clicking here and starting to listen at 2.21.50 hrs

Pictured above is evangelist Gary Stevens and his Fight the Good Fight workshop. Picture by Jason Mawe.

See below or click here to see a full picture gallery of the event. 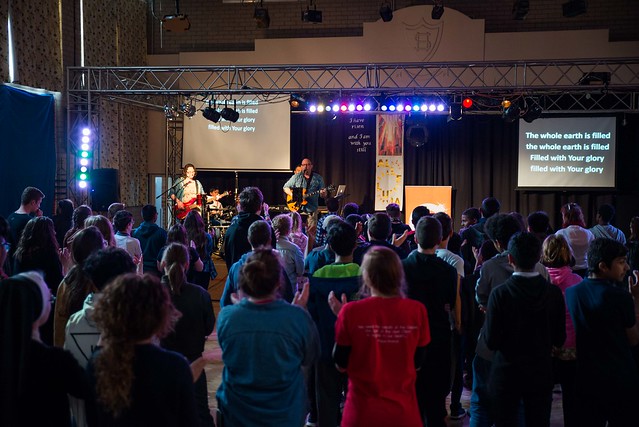