Warm postcard welcome back to Mass in March 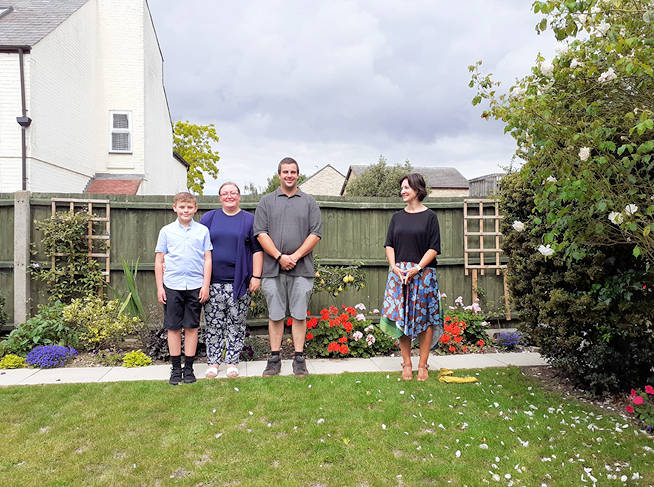 James, Lisa and Austin had done all their preparation for the sacraments ready for Easter; James and Lisa had followed an RCIA programme for their journey to the Catholic Church and Austin had followed both a baptism preparation programme and the First Holy Communion programme in the parish. But all was put on hold because of Covid-19, the church was closed and Easter was held behind closed doors and live streamed for people to join in.

At last, on August 1, we were ready to go ahead to baptise all three of them and welcome them all to Holy Communion. James and Lisa also received the Sacrament of Confirmation. James’ sister Samantha, herself an RCIA catechist in her parish, came to be their sponsor, other members of the group and members of the parish also joined us for this joyful and fulfilling event.

As it was a lovely morning, we had a socially-distanced cup of coffee in the garden afterwards and some photos. All three new Christians are already active members of our parish, helping with coffee after Mass when possible and also managing the booking of those coming to Mass.

Welcoming new people into the Church feels like we are making progress again to spread the gospel and bring new growth to the Church.

Pictured are Austin, Lisa and James new baptised at St Michael’s Huntingdon with their sponsor Samantha.