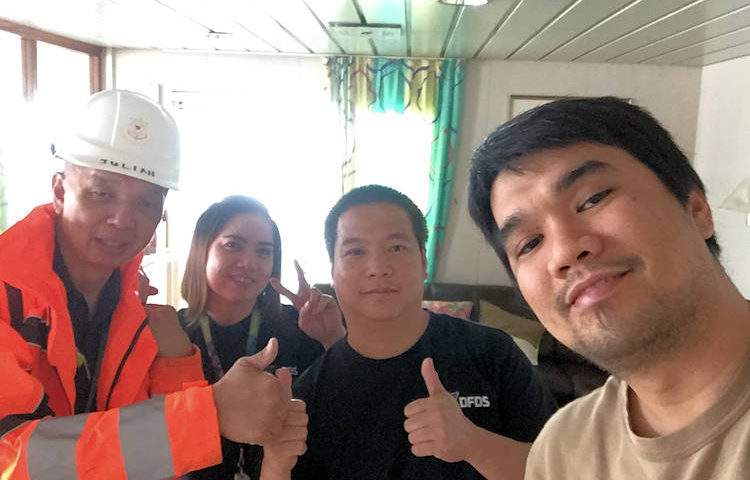 Julian started ship visiting with Catholic charity Stella Maris (Apostleship of the Sea) in November 2014 and can still remember climbing the gangway and stepping on board his first ship, the Lisa.

Since then he has become a ‘friend in port’ to the hundreds of seafarers he has met, bringing them rosaries, prayer cards, phone top-up cards and being present to lend a listening ear and to offer support when it is needed.

“The Suecia Seaways comes into Felixstowe regularly and I have come to know the seafarers on the ship very well. I have a good rapport with them, and they have come to trust me,” said Julian.

“Not too long ago, Roberto the ship’s cook texted me as he needed a phone top-up card urgently. Through my contact at the Seafarers Centre, I was able to arrange this promptly. Roberto was very pleased when he got the card as he was able to speak to his wife back home again,” added Julian.

Julian also occasionally shops online on the crew’s behalf and delivers the goods to their ship because the seafarers are in no position to do this themselves due to their tight work schedules and short stay in port.

“It feels good to have reached this landmark in my ship-visiting ministry. I have always said that I’m most happy when I’m on a ship, visiting seafarers, and I have lost count of the number of friends I have made. God bless all seafarers and their families!” he said.

Pictured above is Julian Wong with the crew on the Seucia Seaways in Felixstowe port.