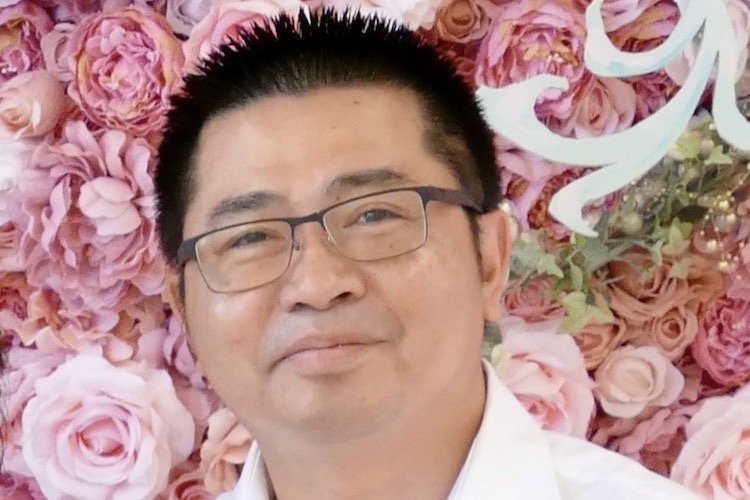 The Filipino community at St John’s Cathedral gathered in numbers at a Requiem Mass to honour and pray for Ermie Astorga, a much-loved leader.

Ermie’s given name was Herminio Astorga but he preferred to be called Ermie ‘Pogs’ Astorga. He was involved in the development of the Filipino civic group PINAS, which helps to serve the community. He was also a singer and guitarist, and was very active in serving the Church locally through the choir at St Walstan’s, Costessey, and through the Couples for Christ community.

Ermie was part of the group which arranged the yearly Walsingham Pilgrimage for the Filipino community – something that he was incredibly proud of. He was a Marian devotee – especially to Our Lady of Penafrancia, and he loved to serve on her feast day at Wroxham Broads every year.

After the Requiem Mass, his fellow Filipinos remained in prayer through an all-night vigil at the Cathedral, and further tributes were made at the regular cathedral Mass and a special funeral Mass the following morning.

Ermie had fallen ill unexpectedly while taking part in a Novena which the Filipino community was praying together on Zoom.

His daughter Kate writes: “I would like to think that my dad passed away doing what he loved most, devoting himself in service to the Lord. He was a humble man and was seen as a pillar in the community – he was a truly cherished member. He will be sorely missed. His love for life, family, music and service will be the things that he will be remembered for most.”

Pictured are Ermie Astorga (above) and his family (below)