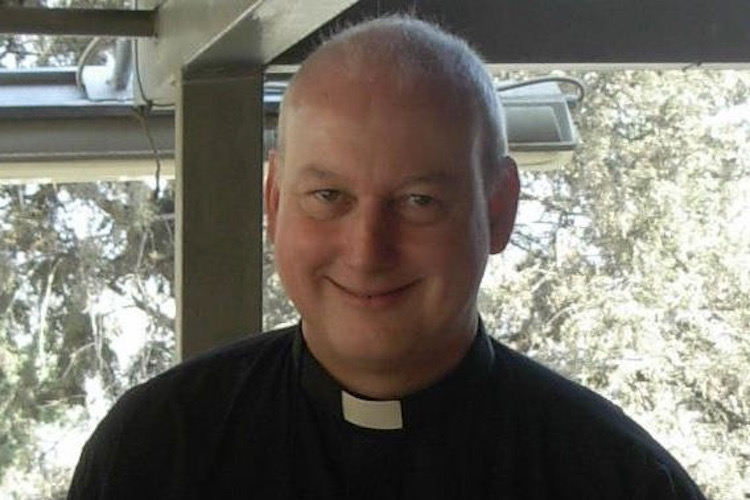 Fr Alban Hood from Douai Abbey has been appointed as the new chaplain at Fisher House, the University Chaplaincy in Cambridge.

“I know that Fr Alban will receive a warm welcome from the Diocese,” said Bishop Alan, “and in particular from those working and living in the Cambridge Deanery, whom he is looking forward to meeting in the near future.”

Bishop John Arnold of Salford writes: “I am delighted to say that, with the approval of his Abbot and council, Fr Alban Hood, OSB of Douai Abbey will be joining Fisher House as its new Chaplain in September 2021. Following monastic formation at Douai, Fr Alban taught history and RE in Douai school and then spent seven years at St Anne’s, Ormskirk, where he was Parish Priest. In 2002 he returned to Douai as Novice Master, Choir Master and community organist and also, since 2014, has been Claustral Prior.”

Fr Alban studied History and American Studies at Liverpool Institute of Higher Education and was awarded a BA General with Honours by the University of Liverpool. He then obtained a degree in Theology from the University of Oxford, and a Postgraduate Certificate in Education, with distinction, from St Mary’s College, Strawberry Hill, Twickenham.

He is an experienced retreat giver and spiritual director, having directed retreats and days of recollection at Douai, Lambach (Austria), Ampleforth, Stanbrook, Colwich, Worth and Buckfast Abbeys, as well as to seminarians at Allen Hall in London and to clergy of the dioceses of East Anglia, Nottingham, Portsmouth and Meath, Ireland.

He has contributed chapters to a number of books on Spirituality and Church History. He has written a book about the English Benedictine Congregation in the early nineteenth century entitled ‘From Repatriation to Revival: Continuity and Change in the English Benedictine Congregation, 1795-1850,’ published in January 2015 by St Michael’s Abbey Press.

Pictured above is Fr Alban Hood