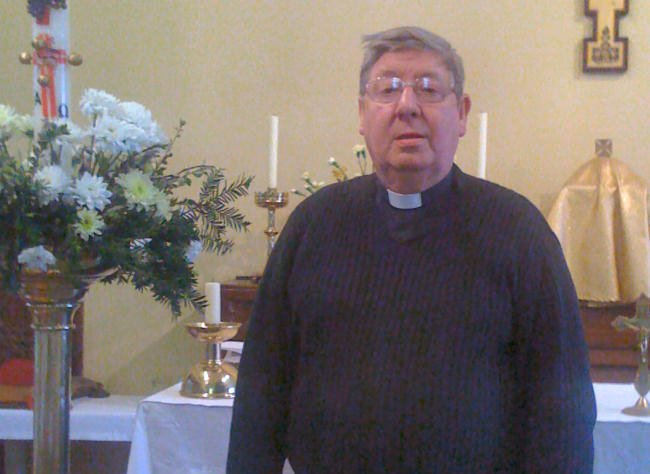 Fr Tony Webb, a Catholic priest in King's Lynn, Haverhill, Sheringham and Fakenham with a gift for pastoral care, has died at the age of 73. Fr David Bagstaff pays tribute.

Tony was born to Sidney and Eva Webb on August 26, 1942 at Bushey Heath, Hertfordshire. His earlier career took him into catering with London Transport, as well as a variety of other short-term jobs, including a time at the head office for the Church of England Children's Society.

Being a late vocation, he began his studies for the priesthood at Campion House, Osterley and was ordained for the Canons Regular of the Lateran by Bishop Cyril Restieaux at St Mary's, Bodmin on May 5, 1983.

Following various parish and chaplaincy appointments, Fr Tony approached Bishop Alan Clark with a view to working within the Diocese of East Anglia. After a period as assistant priest at King's Lynn (1990-1995) he was appointed Parish Priest at St Felix, Haverhill.

It was in 1997 that Tony was formally incardinated into our diocese. He remained in Haverhill until 2000 when Bishop Peter Smith appointed him to St Joseph's, Sheringham. In 2008, Bishop Michael Evans asked him to take up the appointment as Parish Priest at St Anthony of Padua, Fakenham where he remained until his retirement earlier this year.

Tony had a number of pastoral gifts which he put at the service of the Church, in particular caring for the sick and elderly in the various parishes he worked within. He also enjoyed visiting parishioners in their homes. His pastoral care was appreciated by many who came to know him. He felt at home in the Diocese of East Anglia.

Tony didn't enjoy good health and on occasions this could be challenging to himself and others; like all of us, Tony knew something of his limitations and of the constant need we have for God's grace.

His interests included history and animals and it would not be right to conclude without a mention of his little pet dogs to which he was deeply attached. He died at the Norfolk and Norwich University hospital on May 26.

The Funeral Mass took place at The Chapel of Reconciliation, Walsingham on The Feast of St John the Baptist, June 24, following a Mass the evening before at St Anthony's in Fakenham.

May Tony rest in peace and share the glory of the resurrection.