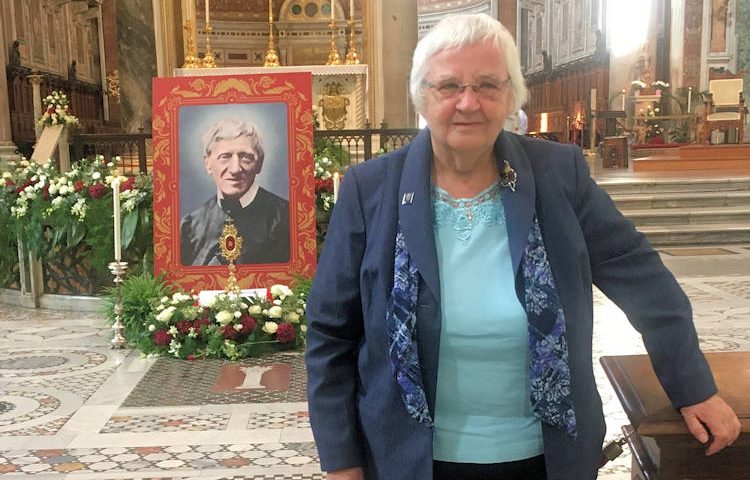 Jean Johnson from Ipswich was in Rome for the canonisation of Cardinal John Henry Newman – a cause with which she has been personally involved for over 30 years as part of the Friends of Newman Committee.

The former head of a Catholic girls school in Birmingham, Jean, who lived just over a mile from where Newman was at the Oratory, spoke to BBC Radio Suffolk live from the canonisation Mass in Rome.

“We are all so excited about today. I had a reserved seat and an invitation to a reception at the British Embassy attended by Prince Charles,” she said. 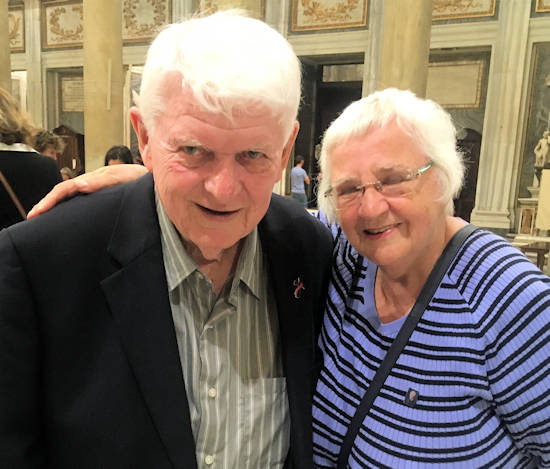 “There are lots of similarities in my own faith journey to Newman’s,” said Jean. “I was brought up an evangelical – both my dad and grandad were evangelical preachers – then friends took me to an Anglican church. They told me to read about Newman and the Oxford Movement.

“This took me back to the writings about the early church in the first few centuries and showed that the church did many of the things that the Catholic church does today for over 1900 years. Things like having bishops, priests and deacons and asking for the prayers of Mary and the Saints,” said Jean. “So, like Newman, I felt I had to make the choice and I joined the Catholic Church.

“I have a photo of Newman signed by him and the chaplain of the school where I was Head was postulator of the Cause for the Beatification,” she said.

Jean also had the opportunity to meet both Deacon Jack Sullivan of the beatification miracle and Melissa Villalobos of the Canonisation miracle during her trip to Rome.

Pictured top is Jean Johnson in the Lateran Basilica in Rome before the Thanksgiving Mass and, above, with Deacon Jack Sullivan.