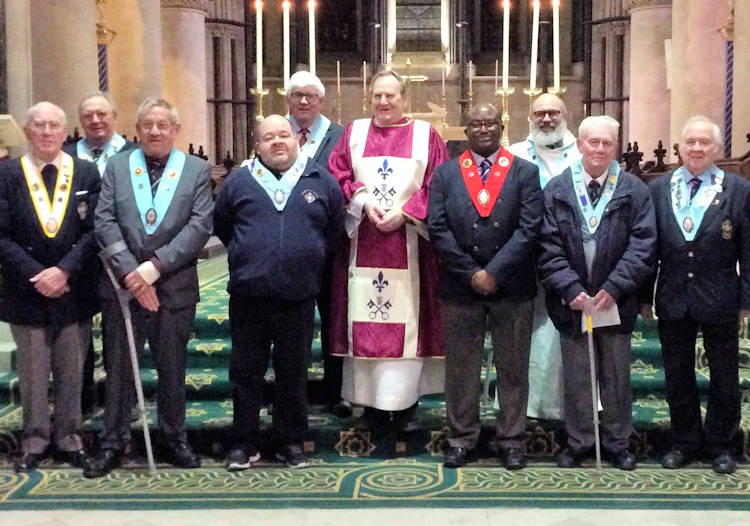 Recent news from across the Diocese of East Anglia includes the Knights of St Columba, a secret Jacobite at Oxburgh Hall and a King’s Lynn street collection.

Officers of East Anglia Province 27, Knights of St Columba, pictured above, after the Evening Parish Mass at St John the Baptist Cathedral, Norwich, Sunday March 15 (before the lockdown), during which they were installed by Supreme Director for Youth, Bro Michael Akinrele.

Rev Deacon Patrick Limacher (centre), Chaplain to Norwich Council 976 that hosted the Quarterly election meeting in the afternoon, read the bidding prayers at Mass which included this Prayer:

“We ask our Heavenly Father to bless the members of the Order of the Knights of St. Columba. We pray for an increase in membership in East Anglia so brothers can more effectively serve You by serving others, especially those in poverty and want, and be enabled to assist young people to grow in the likeness of Christ in wisdom and grace. Lord hear us…….” 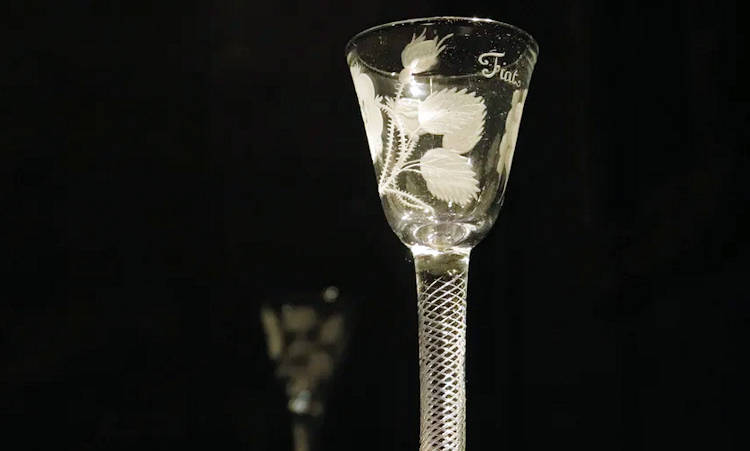 New National Trust research has uncovered the story of a secret Jacobite at Oxburgh Hall in Norfolk, revealing the 18th century owner of the house, Sir Henry Arundell Bedingfeld was likely to have been part of a rebellion to overthrow the Hanoverian King George II.

The Bedingfeld family have remained devout Roman Catholics throughout their 500-year history at Oxburgh Hall, refusing to change their faith even when Catholics were persecuted. This latest research shows active support for the return of a Catholic monarchy to Britain in the early 18th century and payments to the Jacobite cause, supporting Bonnie Prince Charlie and his claim to the throne.

Research led to a Jacobite glass in Scotland (pictured right), originally from Oxburgh’s collection. The engravings on it include a rose and twin buds to represent the ‘Old Pretender’ James Francis Edward Stuart, and his two sons, one of which was Bonnie Prince Charlie. The word ‘Fiat’ is also inscribed on the glass and means ‘let it come to pass’. The glass is returning to Oxburgh Hall for the first time in more than 100 years. It is on loan from the Drambuie Collection with kind permission of William Grant and Sons

Following a March street collection (before the lockdown) by Rotary Clubs in King’s Lynn, £2,500 was donated to Australia’s bush fire relief, £1000 was given to a charity supporting Australian wild life, £500 to New South Wales Fire Service and  £1,000 to St Vincent de Paul Society Australia.

“Members of St Vincent de Paul in King’s Lynn thank Rotary for this very generous donation towards the work of our Society,” said Eamonn Campbell.