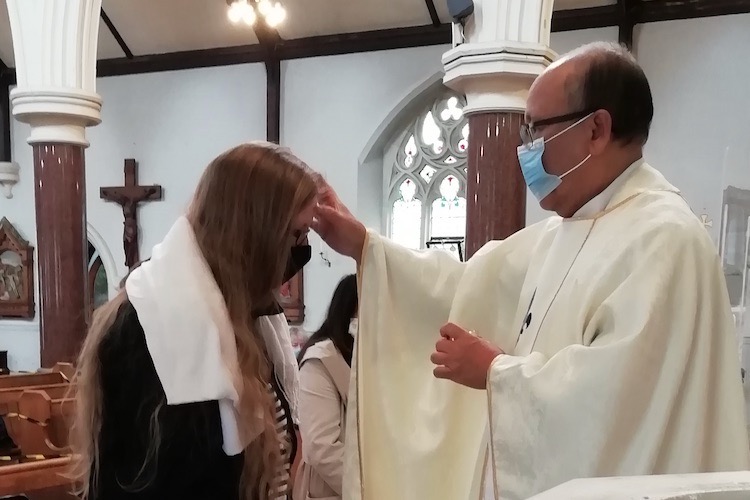 From not knowing whether Jesus existed, Amy Beenham began a search which led her into the Catholic Church. Lucy Walker from Our Lady Star of the Sea in Lowestoft reports.

Amy Beenham was received into the Catholic Church on Friday August 28, the feast of St Augustine, at The Church of Our Lady Star of the Sea, Lowestoft.  She was to have been received at the Easter Vigil but Covid-19 prevented it. Fr Paul Chanh celebrated a wonderfully joyous Mass, Deacon Stephen Pomeroy preached a lively, encouraging homily and Amy received Baptism, Confirmation and Holy Communion.

Amy herself writes: “A few years ago I started looking into Christianity. I became convinced of Jesus’ existence, and I found it difficult to argue against his resurrection. I found the claims of the Catholic Church to be the strongest, so I decided to start attending Mass.

Pictured above are Fr Paul Chanh and Amy Beenham